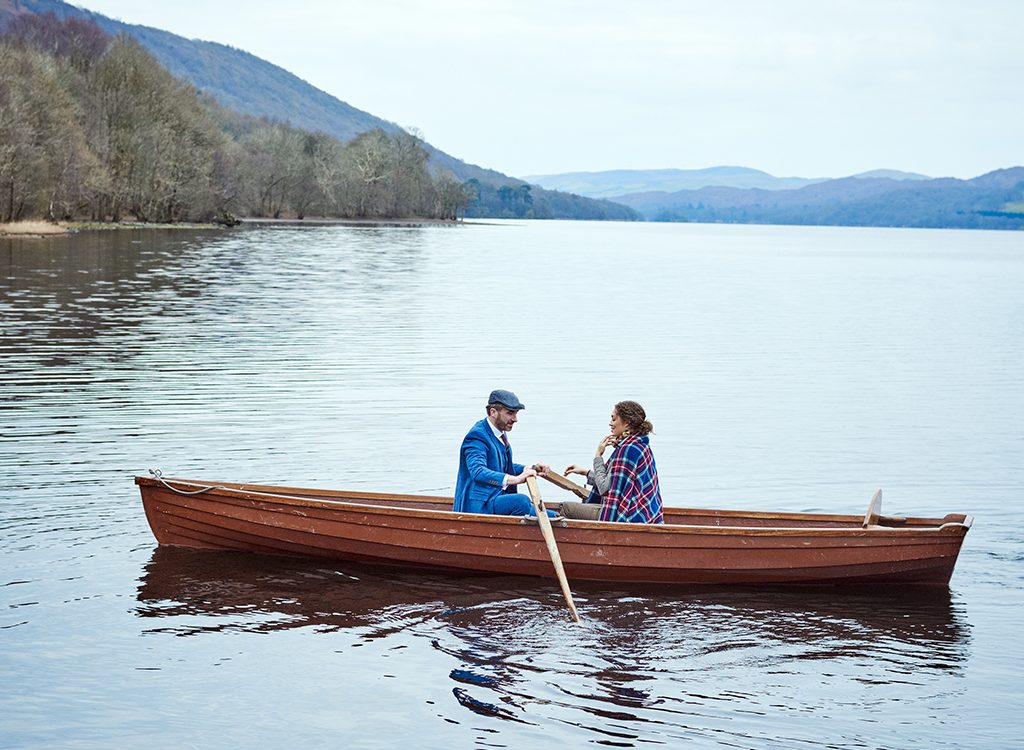 48 hours in the Lake District

I’ve been visiting the Lake District for many years, encouraged by my husband for whom it was an annual family pilgrimage. They used to stay in basic B&Bs with flowery carpets and fierce landladies. Each day, rucksacks would be stuffed with sandwiches and Thermos flasks for ascents up into the surrounding fells. A treat would be a visit to a twee teashop. Once they camped – and experienced a summer storm with horizontal rain that filled the tent. None of this dampened his enthusiasm.

These days, the rain still comes (how else those emerald hills and sparkling waters?) but the Lake District is also awash with hip hotels, top class spas and a veritable galaxy of Michelin starred restaurants. Still, home comforts apart, nothing beats the feeling of striking out into the countryside, where time seems to have stood still. In this age of constant technological distraction, nothing soothes the soul like a day spent with Mother Nature at her very best, enjoying her most dramatic scenery. Despite the popularity of the area, it’s relatively easy to leave the crowds behind and, as Wordsworth did, wander lonely as a cloud. At this time of year you will also see many hosts of golden daffodils, we promise.

Take a hike – it’s the one thing you simply must do in the Lake District. If you’re not feeling dressed for it, head for George Fisher in Keswick for a kit out. Fear not if you blanch at the thought of wearing a cagoule and battling up vertical fells as there are routes to suit everyone, including flat circular strolls around tranquil lakes and tinkling tarns.

Fell virgins wanting a relatively gentle incline might try the route up Catbells from Hawes End. It’s an easy hike (my daughter did it at the age of three!), up and down in less than two hours, with a bit of a scramble at the top and the reward of astonishing views over Derwentwater. Many other walks are accessible from the Keswick area, including England’s highest peak, Scafell Pike.

You’ll be hungry by now, so refuel with a bowl of steaming Hungarian goulash with dumplings, the speciality at The Dog & Gun, one of Keswick’s oldest pubs and popular with tourists and locals.

Next, head over to Keswick Boat Landings for a boat trip around Derwentwater. It takes around 50 minutes and there are various hop-off points. The Lingholm Estate is worth a visit for its octagonal walled garden. The original provided inspiration for Mr McGregor’s vegetable patch in The Tale of Peter Rabbit (Beatrix Potter spent many holidays on the estate). The café has its own bakery and mountain views so stay for tea and cake. Or get off at Lodore Jetty and it’s a 15 minute walk to the bijou but beautiful Lodore Falls waterfall.

Dinner may be beckoning by now. For something special, try The Cottage in the Wood. This 17th century restaurant with rooms, recently awarded a Michelin star, is tucked away in the Whinlatter Forest – on the aptly named Magic Hill.

More Beatrix Potter nostalgia is on offer at Hilltop, in Near Sawrey. Her former home, where she wrote 13 of her 23 books, is charming and exactly as it was when she died in 1943. The garden is also being restored and fans will recognise scenes from the books – like the beehive featured in Jemima Puddleduck and the rhubarb patch where the character tried to hide her eggs.

Hilltop is close to Lake Windermere, so if you fancy getting out onto the water again, hire a traditional rowing boat or motor boat for a putter around, Swallows and Amazons style.

Grasmere is an easy drive from here, and worth a visit just for the to-die-for gingerbread at Sarah Nelson’s Grasmere Gingerbread shop . It’s been made to the same secret recipe since Victorian times. When you’ve indulged, wander over to Dove Cottage, once home to William Wordsworth and his sister Dorothy, for an insight into the life of Britain’s best loved poet. The cottage has reopened this spring after a major refurbishment to make it more interactive and relevant to today’s visitor.

If you need to walk off that gingerbread, have a walk along the Grasmere lake shore, or do the ‘Coffin Route’, a glorious three mile stroll through a wooded valley to Ambleside.

If you’re still in the Grasmere area come the evening, the Jumble Room is a casual, cosy, slightly quirky place to hole up and eat good, hearty food. Foodies should book well ahead for the tasting menu at Simon Rogan’s two Michelin-starred L’Enclume restaurant in Cartmel. Or, try Simon’s latest venture, Henrock, at the newly refurbished Linthwaite House hotel in Bowness.

Luxury Hotels – Where to stay

Modern romantics will fall in love with this cool,  classy hotel. Rooms and suites are huge, many with bedside baths and fireplaces. The lavish spa includes seven thermal experiences and an indoor/outdoor pool. It’s a walk to the restaurant, but 24 hour complimentary snacks and drinks are available in the onsite lounge. ►brimstonehotel.co.uk

I stayed here years ago, when it was the stuffiest hotel. Now it’s transformed into a trendy haven for families. Activities include wild lake swimming, cycling, kayaking and horse riding. Rooms have views over Ullswater and there’s a spa with stunning pool and two restaurants. ►another.place

A contemporary country house hotel near Windermere. Stay in the main house, in a garden suite with cedarwood hot tub or in a detached spa lodge with ensuite treatment area, steam room, outdoor sauna and hydrotherapy tub. The separate Lake House has just six rooms, sharing an indoor pool, outdoor whirlpools and saunas and grounds around a private lake. ►thegilpin.co.uk

A car is undoubtedly the easiest way to get around the Lake District but if you want to be eco-friendly, it’s possible to travel there by train (direct services from London, Glasgow and Manchester) then catch buses to get around.