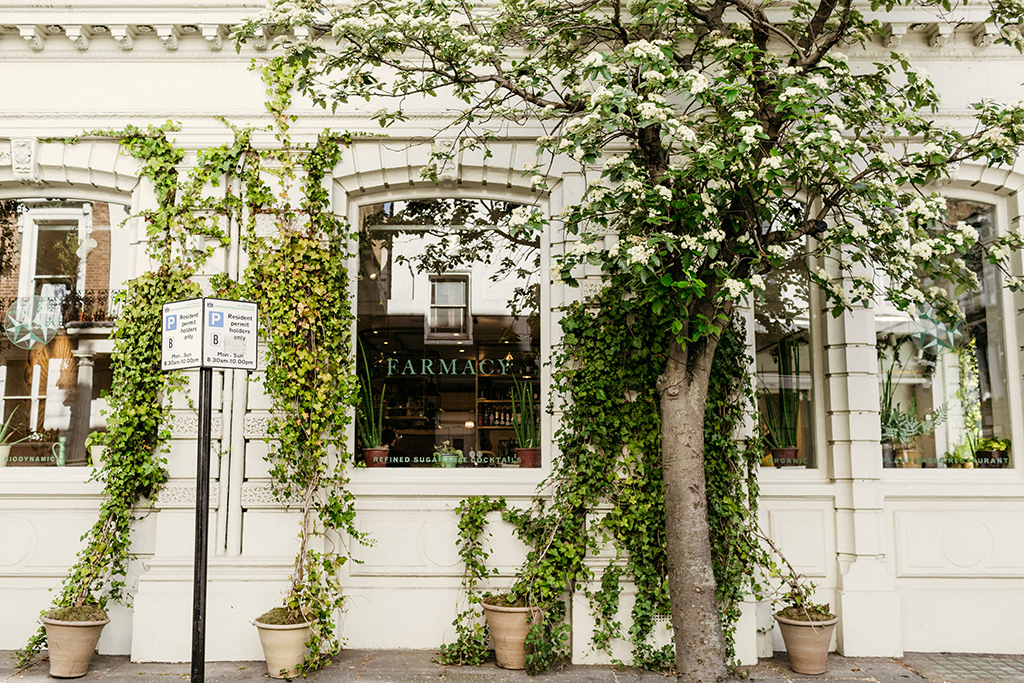 9 must visit Vegan restaurants in the UK

“Eat food. Not too much. Mostly plants.” Three short sentences, coined in 2008 by food writer, Michael Pollan, neatly sum up the movement over the last decade towards eating more plant-based and natural food. We know it’s better for us, and we know it’s better for the planet – and as a consequence, eating food that has been messed around with as little as possible has become almost a given amongst people who really care about cooking and eating.

From the championing of vegetables by chefs and writers like Yotam Ottolenghi and Anna Jones, to the creation of vegan menus at the fanciest of Michelin-starred restaurants, plant-based food is taking pride of place at our tables, whether we’re dining in or out.

If you’re going vegan for your health, or cutting down on meat and dairy for environmental reasons, you won’t struggle to find amazing places to eat. Up and down the country, chefs are rethinking what good food looks like – and we’re not talking processed vegan junk food here, rather vegetables, as you have never seen them before.

From plant-based high tea, through to candlelit dinner, accompanied by organic wines and sugar-free cocktails, Farmacy is the Notting Hill home of all things vegan. It’s a light and welcoming space, and their commitment to all things natural is reflected in the aesthetic, with lots of greenery and wooden surfaces.

“At Farmacy, we know that eating can heal both us and our world; we see food as medicine and are hyper conscious of the impact our eating habits are having on the planet.”

The restaurant has its own farm in Kent, and all ingredients are either grown there or sourced from local suppliers. “I strongly believe that chefs and restaurants of the future have a duty to coexist with nature and constantly challenge food conventions,” says Camilla. “The speed the plant-based movement is taking in London is very exciting – people’s appetite to learn has increased, and we want to understand where the food on our plate has come from and the wider impact this has on the environment.”

Originally opened in York 2004, and relocated to London in 2008, Vanilla Black is possibly the country’s most upmarket vegetarian restaurant.

Serving a gourmet vegetarian and vegan menu, in an unassuming side street near Chancery Lane, owner Andrew Dargue is proud to be confounding people’s expectations of plant-based food. “When we first opened, vegetarian offerings consisted of pasta bake and vegetable curry, and vegetarian restaurants looked more like cafés. We wanted to flip that around.” Their high-end food and elegant decor attract an eclectic clientele, “At any one time our diners could include a politician, a rock star, and a couple of students.

Half of the menu at Vanilla Black is vegan, and Andrew says that the movement towards vegan food has prompted them to explore new ingredients and processes. “A lot of people think the whole world is going to become vegan. I personally don’t. What I do believe is that plant-based eating will enter the mainstream more heavily, and not be seen as a sub-standard choice.”

Since opening in 2015, Anna-Loka has twice been voted best vegan or vegetarian restaurant in Wales, and was shortlisted for the best restaurant in all categories at the Welsh Restaurant Awards 2019. Owner Adam El Tagoury says, “We try to deliver exceptional vegan food without compromising on taste. Our mission here is showcase vegan food to everyone.”

With four locations across Edinburgh, including a fully vegan restaurant on Thistle Street, Hendersons claims to have the UK’s longest-running vegetarian restaurant. Their first outlet opened in 1962, and today the restaurants serve cutting-edge vegetarian and vegan cuisine made with fresh, local and organic ingredients.

The first fully vegan restaurant in the UK to be included in the Michelin Guide, Acorn is based in one of the oldest buildings in town – quite a feat in historic Bath. The menu is inventive and sophisticated, “We make refined food from plants,” says owner and head chef Richard Buckley. “Top quality ingredients and providence are a primary concern for us. Once you have such wonderful vegetables, it makes sense to treat them as well as you can.”

Acorn moved from being a vegetarian restaurant to a vegan one in 2016. “It became a moral responsibility to do as much as we could for the future of the planet,” says Richard. “The menu was already 95% vegan so it wasn’t very difficult to make the final push.”

From a light and airy building in a Chelsea mews, just off Sloane Square, Wulf & Lamb serves up ‘fiercely kind food’. Head Chef Franco Casolin has created a 100% plant-based menu of familiar favourites with a vegan difference. Owner Rosanna von Zweigbergk is confident about the future of vegan food, “We think we’ll see more innovation within the plant-based food industry – it’s very exciting!” For when the weather warms up, the restaurant also has a palm tree-lined courtyard for outdoor dining – an oasis away from the hustle and bustle of city life.

This award-winning vegan restaurant in the heart of Manchester offers a ten course taster menu, as well as à la carte choices – all regularly updated to make the most of locally-sourced, seasonal produce.

Now a Brighton institution, Terre à Terre was founded by globetrotting chefs Amanda Powley and Philip Taylor in 1993. Located in the historic lanes area of the city, the restaurant serves up playful and exotic vegan and vegetarian food.