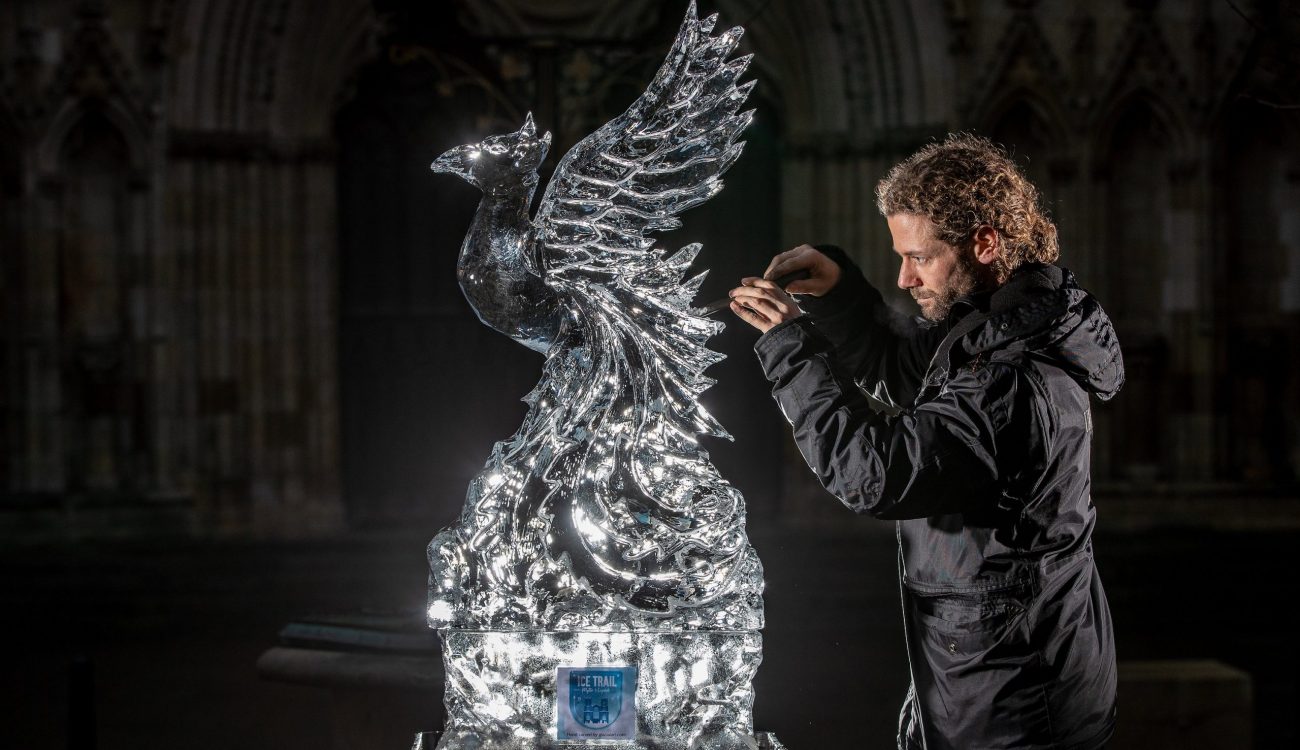 Plans for the biggest outdoor Ice Trail in the UK, the York Ice Trail, were revealed today by Visit York.  Now in its fourth year, 35,000 people visited the trail in 2017, demonstrating its popularity with both residents and visitors alike.  Fire and Ice are promised at this year’s event, sponsored by the York BID and organised by Make It York, when it returns to the city Saturday 2 February, ahead of the Chinese New Year celebrations.

In China the phoenix is known as a messenger of happiness and it was once believed to only appear during times of peace and prosperity.  To bring cheer to the dark winter months, a highlight of the trail will be live carving of a phoenix which once complete will be set on fire. As in previous years the live carving session, from 12 noon in St Helen’s Square, will offer the chance to see the incredible skill behind these icy creations.

The 2019 trail will see fifty sculptures depicting myths and legends, transform historic York. The trail has proved a real hit with visitors and residents alike who can follow it to find the frosty sculptures made from crystal-clear ice sprinkled across York’s historic centre and surrounding streets.

New this year will be interactive sculptures on Parliament Street including a carving wall, where visitors can get hands on and have a go at sculpting the ice. There will also be a three metre long Shuffleboard, where visitors can push disks along the ice to win points and prizes.  Three of the sculptures will offer a live challenge where visitors can win York Passes, tickets for the Everyman cinema and chocolate bars.   There’ll be a hero camp at Middleton’s Hotel, complete with a fire pit, ice sculptures and Thwaite’s horse and cart will be making an appearance too.  Children dressing up for the event as their favourite hero will get a free mini hot chocolate.

This is the biggest event of its kind in the UK.  We’re adding lots of new elements to the trail and expect it will draw thousands of visitors locally and from right across the UK.  It’s a fabulous family friendly event and free for everyone to enjoy.

York Ice Trail is the highlight of our year. We’ll be hand carving over eight tonnes of ice to spread the magic all across the city.  We can’t wait to see the reaction to it.