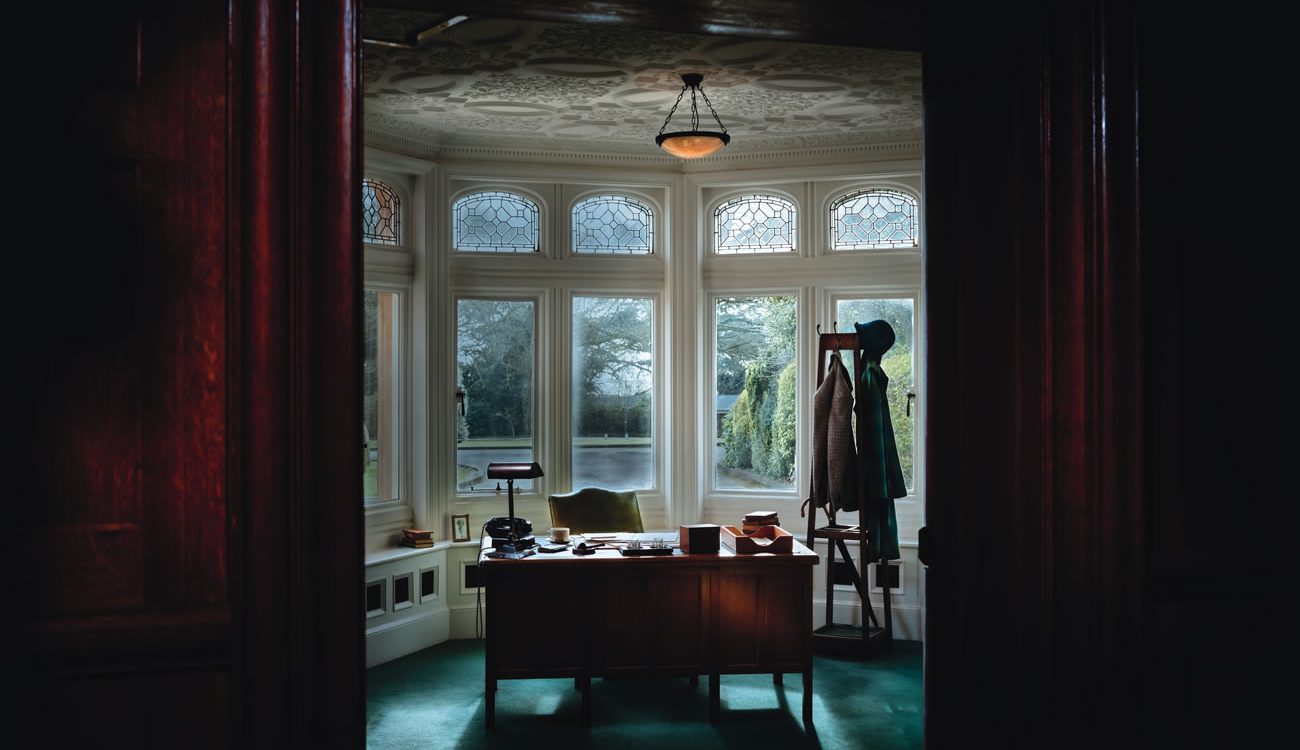 In a sleepy Buckinghamshire town a window opens on this history-changing, high-security WW2 operation centre, kept secret for decades. It’s 1938 and a wealthy English family’s 581-acre country estate, 50 miles north of London, comes on the market. Swiftly purchased by a housing developer with an eye on its potential, given its excellent transport links, the chance to recoup much of the cost, by selling on the 58 acres immediately surrounding the mansion, proved irresistible. Little did he, or anyone else, know that the mansion would become the hub of the most closely-kept secret operation of the following seven years, home of the Government Code & Cypher School, the code-breaking heroes and heroines of Bletchley Park.

The GC&CS was formed, soon after WW1 by a pragmatic merger of two armed forces departments, the Royal Navy’s NID25 and the Army’s MIiB, and based in Central London, therefore at risk if the anticipated second conflict were to happen. The head of GC&CS, Commander Alastair Denniston, convinced that hostilities were inevitable, took a group of his officers to Bletchley, masquerading as a group of hunting enthusiasts, and they concluded it was eminently suitable, being both on the main north-south railway line and another line which ran east-west, taking in the university cities of Cambridge and Oxford. With the War Office unwilling to find the funds, Denniston bought it in his own name and set about recruiting the eclectic mix of specialist staff needed to make it work. For over 10 years, Nazi Germany had been communicating enciphered messages and Denniston needed both extremely clever, ‘professor’ types as crypto-analysts and, because of the electromechanical devices employed by the enemy, formally-trained advanced mathematicians. Naturally, linguists versed in German, Italian, Japanese and, later, Russian were of paramount importance. Above all, whether in senior or junior positions, all members of staff were obliged to maintain absolute secrecy, not simply about their own duties but even the very existence of ‘BP’. It is a true miracle that, with up to 12,000 individuals (three-quarters of whom were female) involved, the true function of BP was not publicly revealed until many decades later, sadly too late for many to receive due recognition in their lifetime.

Cracking the ‘Enigma’ (a generic name for a series of increasingly complicated cipher machines) code was a priority and was greatly facilitated by the pre-war work of a number of Polish code-breakers who, although never engaged at BP, provided vital information. With Enigma machines, and others such as Lorenz, becoming ever more complex, the burden on the human mind became intolerable and led to the development of the ‘bombe’, the first electromechanical calculator, designed by Alan Turing and Gordon Welchman to eliminate a high proportion of the many billions of possible coding combinations. Hundreds of ‘bombes’ were manufactured, for use around the clock, but, to decode the messages enciphered by the Lorenz, another machine had to be devised, in 1943. Its name, fittingly given its size, was ‘Colossus’ and it was the world’s first semi-programmable electronic computer. It was built by a Post Office team under the leadership of the sadly under-appreciated Tommy Flowers.

Only a visit to Bletchley Park, first opened to the public in 1994 and improved in every succeeding year, can do justice to the dedication and stoicism of the people involved and their single-minded determination to contribute to the war effort in the best way they could. To join any of the free walking tours around the site is advisable, to fill in some of the gaps in knowledge, and the guides are informative and hugely entertaining. Once left to their own devices, some may simply retire for refreshments but, for me, the mansion displays make it a must-visit and, with many of the original huts remaining in situ, furnished and decorated as they would have been, the whole park ‘sings’ of the invaluable work carried out there. You will be awed by the collection of different cipher machines and the ‘techies’ will be fascinated by the radio communication exhibits in the National Radio Centre. Annually, visitor numbers are 2-300,000 and the Park is open all year round. Bletchley Park is, at the same time, enjoyable, enlightening and inspiring, telling a little-known true story of obstinate dedication.