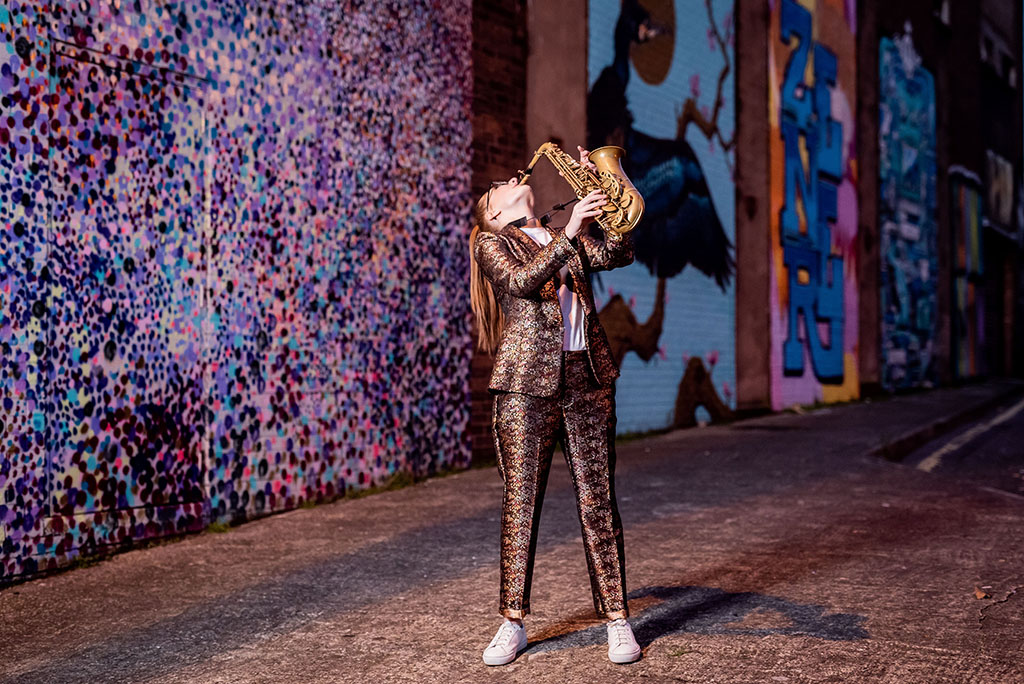 With venues including Canterbury Cathedral, The Marlowe Theatre, Kent College’s newly built Great Hall and the spectacular touring Salon Perdu Spiegeltent; Canterbury’s most ambitious Festival unifies the city’s cultural hubs and invites audiences of all ages and backgrounds to be inspired, delighted and stunned.

2019 marks 10 years of support by Canterbury Christ Church University, as the Festival’s Partner and Principal Sponsor. A home to world-leading research in the arts, the University makes an enormous contribution to the artistic and cultural life of the region and has been instrumental in the Festival’s development – helping reinforce Canterbury as a thriving hub for arts and culture.

Canterbury Festival is delighted to follow up last year’s sell-out shows at The Marlowe Theatre with four unmissable dates. Innovative British Singer-songwriter and two-time Mobo award winner, Laura Mvula, performs her only show of the autumn! Architect of the Buena Vista Social Club Juan de Marcos brings the sound of Havana to East Kent with the Afro-Cuban All Stars. Don’t miss chart-topping folk pop duo Ward Thomas, who are on scorching form since the release of their 2019 album Restless Minds. The Festival is also very excited to welcome Jack Savoretti who kicks off his autumn UK tour at The Marlowe; Jack’s 2019 album, Singing to Strangers, has received rave reviews and was number one in the charts for six weeks.

This year’s classical line-up features superb live musicians and vocalists from around the world. The Festival begins with The Sixteen Choir and Orchestra at Canterbury Cathedral performing one of the most magnificent pieces in the classical repertoire, Monteverdi’s Vespers of 1610.

Don’t miss the world premiere of The Keys of Canterbury, a Festival commission by John Harle performed by one of the UK’s brightest stars, saxophonist Jess Gillam (lead image), and the Frisian Symphonic Wind Orchestra.

In I, Clara, actress Juliet Stevenson takes on the role of Clara Schumann accompanied by pianist Lucy Parham, together they mark 200 years since the composer’s birth. The Sacconi Quartet brings to life Kent College’s spectacular new venue, the Great Hall, with pieces by Rachmaninov, Arvo Part and Jonathan Dove. Later in the week Classico Latino and Omar Puente perform songs from the Latin American songbook – channelling the tropical spirit of old Cuba with a unique classical twist. The Festival is brought to a triumphant close by the celebrated vocal ensemble Tallis Scholars.

Prepare for two weeks of circus, theatre and spectacle! This year’s performance programme kicks off with The Spiegeltent Spectacular fundraiser – a cavalcade of music, dancing, cabaret and lots of surprises. Book a booth early and bring along your friends and colleagues for an unforgettable night that helps make the Spiegeltent possible.

Don’t miss Orlando, Dyad Productions life-affirming, comedic tale of an immortal poet, whose gender cannot be pinned down and whose spirit cannot be caged. Javier Jarquin, aka Card Ninja, hits the Spiegeltent demonstrating his mind-blowing card-flicking stunts – this is not a magic show, but a ninja show – with playing cards.

Festival favourites Casus return for two nights of bonkers circus in the big top with Knee Deep. A masterclass in gymnastic skill, they push the boundaries of strength and fragility, through acrobatics and aerial feats. Bodies are pushed and pulled, eggs are weighed, tested and walked on!

Prepare for A Night at the Musicals with the award winning ‘Ebony and Ivory of Drag’, Le Gateau Chocolat and Jonny Woo. In a raucous night of ballsy ballads, delightful duets and slaughtered show tunes, the duo will ‘Les Misermassacre’ the musicals you know and love – from Gypsy to Grease, Annie to the Lion King – no show is safe.

Grab a seat at for The Mad Hatter’s Tea Party, as Brother Wolf take audiences on an all new adventure in Wonderland led by the Mad Hatter and March Hare. Known for producing risk-taking and cutting-edge theatre, we can guarantee that you will never have seen a show like it.

Love comedy? Then don’t miss The Laughing Boy Comedy Club – a showcase featuring some of the UK’s rising stand-up stars. The Comedy Club has helped launch the careers of some for the UK’s biggest names including Josh Widdicombe, Jon Richardson and Michael McIntyre – so don’t miss your chance to catch the next big thing in comedy.

This year’s Talks programme welcomes speakers covering everything from history and crime, to the clergy and Rupert Bear. TV presenter and ethnobotanist James Wong shares the secret to improving your diet without miserly portions. Presenter, historian and broadcaster Professor Bettany Hughes unravels the mysteries of Istanbul – its ancient history, rich culture and possible future. Learn how to get the most out of your blooms with floral designer and theatre lover Mig Kimpton, who delves into the history of flower arranging and shares some of his top tips. This year’s Kent College lecture is led by The Sky at Night’s Chris Lintott who will be exploring the role humanity can still play, in the age of technologically advanced research.

Working in partnership with the University of Kent’s Biosciences department the Festival provides inspiring scientific events for all ages. TV presenter and scientist Simon Watt explores The Genetics of Superheroes, revealing the reality behind comic book mutants’ powers, and how we could one day use genetics to make us superhuman. Always trying to justify your bad language? Then don’t miss Emma Byrne’s eye-opening talk on the benefits of swearing which include pain relief and improved teamwork! Professor of Cognitive Neuroimaging Gina Rippon, visits to discuss The Gendered Brain, demolishing the myth of the ‘female brain’ and exploring how subtle messages that children receive are not scientific or fair.

Spiegeltent is the perfect place for families to meet, catch a show and have fun!

This year the Festival welcomes Tales of Adriamus – a group of professional musicians who specialise in music for children and have created musical versions of Anthony Browne’s Willy the Wimp stories.

Don’t miss Chicken Licken with three fun-filled tales from the much-loved Ladybird books – following the adventures of a growing chick and her encounters with a hungry fox. Award-winning musical-comedian Jay Foreman, hits the stage with Disgusting Songs for Revolting Children – a family friendly show that was a huge hit at the Edinburgh Fringe. Adventure into outer space with Captain Cauliflower and Marvin the Mischievous Moose on a mission of extreme silliness and unquestionable danger! The Comedy Club 4 Kids returns with the best up-and-coming comedians on the circuit doing what they do best…but without the rude bits. You can also get your groove on with all the family at Baby Loves Disco, with prizes for the best outfits, face painting, dressing up and a cheeky pint for dad!

To book tickets for Festival events taking place at The Marlowe, please contact The Marlowe Box Office on 01227 787787 or visit marlowetheatre.com 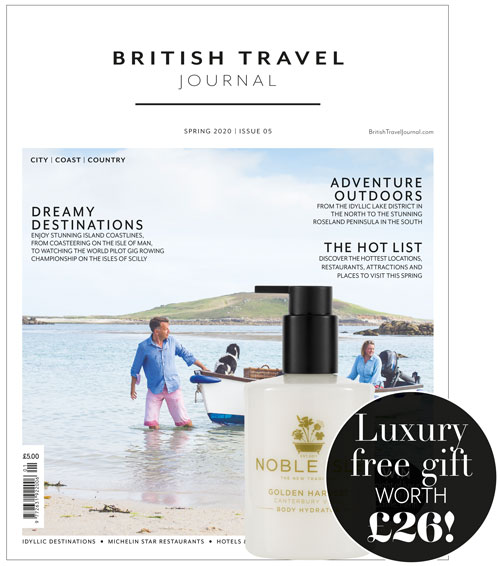 Luxury Spas in the UK you must experience in 2020

Escape to the countryside, discover soporific soothing in subterranean labyrinths or invigorate the mind with fire and ice treatments by the ocean… a new era of […]

11 of the best Festive Experiences

We have Christmas all wrapped up for you. From ice-skating in central London and dog-sledding in the Scottish Highlands, to making the perfect canapés, mince […]

A stellar art exhibition can make for a fabulous day out, but sometimes you just want to be in the great outdoors. Luckily, these do not […]