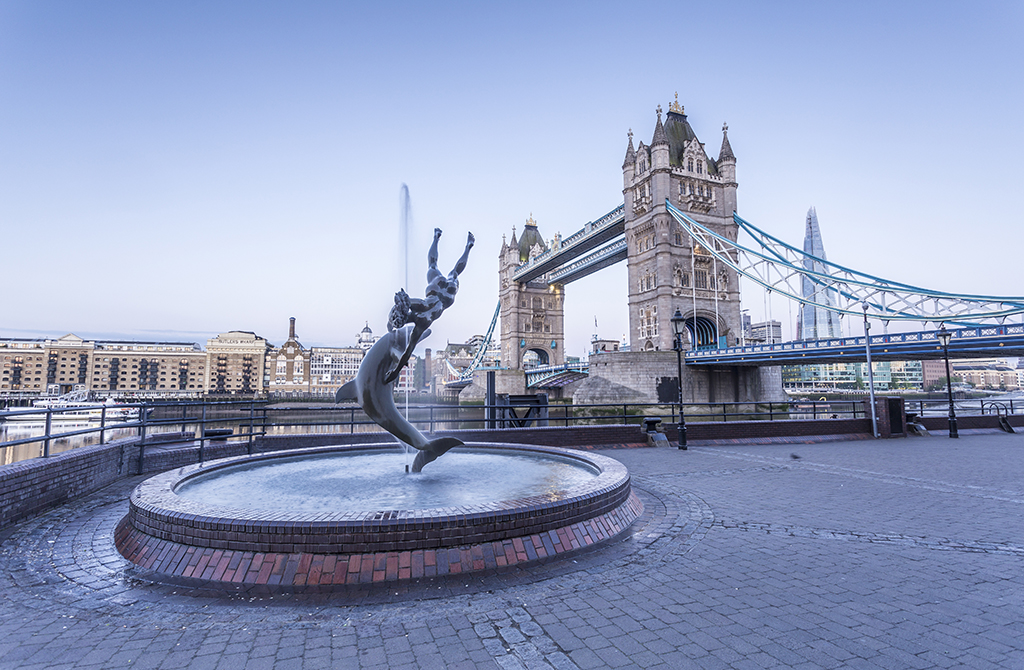 3 June marks World Bicycle Day and nowhere is Britain’s growing love of all things bike-based more evident than London. With miles of new and improved cycle routes and paths criss-crossing the city, it’s easy to take in major landmarks including St Paul’s Cathedral and Tower Bridge, or even blow the cobwebs away on a day trip to the countryside. For avid cyclists dreaming of the big city, our 360°-virtual bike tour reveals some of the incredible locations just waiting to be explored when we’re all able to travel again.

Sights on the tour:

Bridging the gap between old and new, majestic Tower Bridge offers some of the best views in London. At 134 years old, its history is dwarfed by its neighbour, The Tower of London. Home to the Crown Jewels, the iconic Beefeaters in their striking scarlet coats, and the Tower’s mystical ravens, its 1,000-year-heritage has seen it morph from Tudor prison to army training ground in World War II, with a virtual tour providing a snapshot of its incredible past. Fan of modern architecture? With Canary Wharf – one of London’s most instantly recognisable skyscrapers – standing proudly on the other side of the bridge, it’s not all about the past. Formerly the tallest building in the United Kingdom, this skyscraper marked the start of the area’s regeneration in the early 1990s, and is now a buzzing mecca for international business and investment, not to mention high-end shopping, bars and restaurants.

Located in bustling east London, one of the city’s thriving arts and culture destinations, Spitalfields is a hub of independent boutiques, artisanal stores and pubs steeped in history. The heart of the city’s silk-weaving industry in the 17th and 18th centuries, a ride around the area’s hidden alleyways is like cycling back in time, with cobbled delights such as Princelet Street revealing original townhouses dating back to Georgian times. Nestled at the heart of this celebrated area lies Spitalfields Market. Originally founded in 1638 and re-stablished by King Charles II in 1682, this former food market is now home to original fashion, jewellery and arts and crafts, and lined with delectable eateries fit for every taste and budget.

Officially called St Mary’s Axe, but affectionately known as ‘the Gherkin’ by Londoners, this cornichon-shaped building is a glass and steel wonder in the heart of the city. Completed in 2004, its distinctive structure has seen it star in a number of films, including Harry Potter and the Half Blood Prince, while its location close to attractions including the Sky Garden, Spitalfields and Brick Lane makes it a highlight on many a bike ride through the city.

A blueprint for Bowellism architecture, the Lloyd’s Building’s external lifts and pipes make it another memorable landmark on the capital’s skyline. Built on the foundations of East India House, the central office of the historic East India Company, the building and its location have a staggering past, while its ground-breaking ‘inside-out’ structure looks positively futuristic when illuminated at night.

From sci-fi to ancient history, it’s just a short cycle from the Lloyd’s Building to Leadenhall Market. Dating back to the 1st century, its location marks the centre of Roman London, with the market flourishing until the Great Fire of London ravaged sections of it in 1666. Rising from the ashes once again, it was reborn as a covered market, swiftly becoming one of the city’s best known. Having undergone various facelifts throughout the centuries, today its Victorian beauty makes it a perfect filming location – including in Harry Potter and the Philosopher’s Stone, when it doubled as Diagon Alley.

At 111 metres high, St Paul’s Cathedral is one of the most recognisable landmarks on the London skyline, its Baroque splendour elegantly holding its own against the soaring skyscrapers that dominate the City. Cycling in the cool shadow of its awe-inspiring dome, it’s easy to imagine the 538-step climb to the top and the panoramic views that greet visitors on arrival. Designed in the 17th century by pre-eminent British architect Sir Christopher Wren, today the cathedral is another favourite spot for movie makers, as seen in the children’s classic, Mary Poppins.

The Bank of England

Located on the corner of Threadneedle Street, the Bank of England is the heart of London’s financial district. Designed by architect Sir Herbert Baker, the 10 storey Neo-Classical building is crammed full of incredible works of art, while its history as the eighth-oldest financial institution in the world makes it a fascinating sight for budding economists. Keen to see more? Just across the road lies the Royal Exchange, an elegantly columned building known for its airy central courtyard, intricate friezes and rich royal history.

While not the most beautiful crossing, London Bridge is one of the best-known in the city when it comes to popular culture, even acting as the star of the show in the well-known British nursery rhyme London Bridge is falling down. One of 33 bridges over the Thames, it’s the surrounding attractions that make London Bridge a must-see sight on any virtual tour. Surrounded by cultural hotspots including Borough Market – one of the city’s most historic food venues – the dizzy heights of The Shard and some of the area’s cosiest pubs, it’s a fitting place to end our virtual bike ride of all the city has in store.

With a cycling revolution in London on the horizon and with cycling been actively promoted and encouraged by government investment. Here is a selection of our favourite electric foldable bikes to started on your cycling adventure.

The folding frame, handlebar and pedals mean the bike can be folded to a convenient 880mm x 800mm x 440mm size so that you can secure it in the luggage compartment on a train or in the boot of your car. It will easily fit under the stairs or sit compactly in the corner of the room so it’s always available when you need it. Buy here

New for 2020 the eelo 1885 PRO Electric is the ideal choice for the train commuter, caravanner, motorhome owner, boating enthusiast. Take the hard work out of cycling and avoid the sweat with electric biking. Buy here

Designed by world class engineers to fit all the technology and power needed into a small, lightweight and portable package. An electric folding bike you can take anywhere with you. Fold up and jump on the train. Unfold and make your next meeting. Use your Brompton Electric bicycle to hack the city’s transport network and make it work for you. Buy here

Tag: In the capital