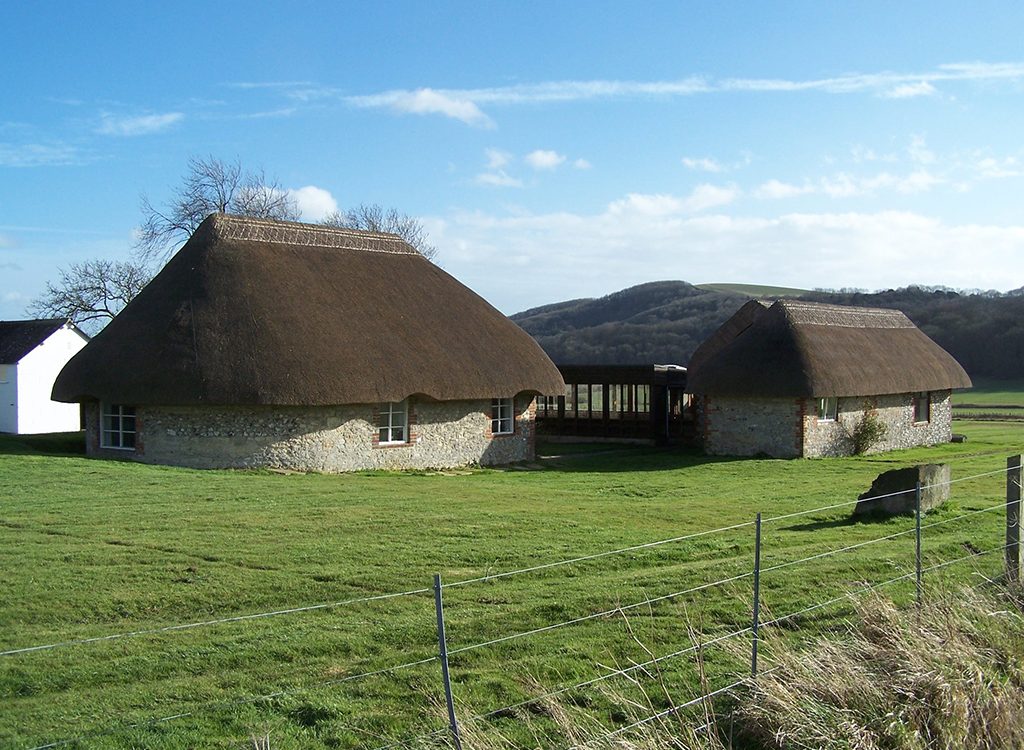 Did you know the South Downs has been lived on and worked by generations of people for over 5,000 years?

Stone Age tribes, Iron Age people, Romans, Saxons, Normans, Victorians – they’ve all played their part in shaping the landscape and traces of their impact can be seen today with the rich tapestry of archaeological gems dotted across the National Park.

Such is the diversity of heritage in the South Downs that it has no less than 616 scheduled monuments (and that’s not even counting the undesignated sites!)

So, as we mark the annual Festival of Archaeology (13 to 28 July), here are five must-see wonders of the South Downs that will leave you intrigued, informed and inspired!

Amazing views and history combined! This Site of Special Scientific Interest, just north of Worthing, is the largest hill fort in Sussex, the second largest in England and one of the largest in Europe overall, covering some 24 hectares. The earthworks that form the fortifications are believed to have been built around 250 BC but abandoned in the period 50 BC to 50 AD.

Fast forward almost two millennia and Cissbury Ring was used as a camp for army infantry in preparation for the Normandy landings.

Make it to the top of Bow Hill at Kingley Vale, near Chichester, and prepare to be awestruck! The sight of the four Bronze Age barrows running along the plateau is truly impressive.

These mounds, also known as The Devil’s Humps (or the Kings’ Graves) are some of the most impressive round barrows surviving on the South Downs. Numerous myths surround them – the best being they were a final resting place for Viking leaders defeated by the men of Chichester!

Imagine the excitement of George Tupper who in 1811 uncovered the summer dining room water basin after striking it with his plough to reveal the remains of a Roman Villa?

Two centuries, and several excavations later, and you can walk amongst world-class Roman artefacts, appreciate the pride and craftsmanship that created exquisite mosaic floors and search for where the Roman designers signed their work with a dolphin.

This beautiful site also commands unrivalled views of the Downs to South, East and West with instant access to miles of footpaths heading in all directions.

A must for visitors to the Hampshire end of the National Park! The hill has been a famous and popular beauty spot since Victorian times, offering amazing views across the valley to Beacon Hill and down to the Solent.

Its archaeological value is equally impressive. On the summit of the hill is an Iron Age hill fort, featuring Bronze Age barrows dating from between 4,500 and 3,500 BC. More modern archaeology dates from the Second World War when the British Army used the hill as a mortar testing range.

A must for visitors to the East Sussex end of the National Park!

The Grade 1 listed ruins date back to the 11th century, when monks came from Cluny in France to establish the first Cluniac priory in England. The Priory survived for 450 years until the Dissolution of the Monasteries in 1537.

Today it is a nationally important historical site offering a great afternoon out for people of all ages.

The sweep of the South Downs which frame the site certainly provide a spectacular setting!

Anooshka Rawden, who leads on Cultural Heritage for the National Park, says:

“The South Downs National Park is famous for its landscape and biodiversity, but the heritage of the area is just as impressive. With long summer days ahead, this July and August is the perfect time of year to delve into history and discover some of the incredible archaeological gems of the National Park. Happy hunting for history!”