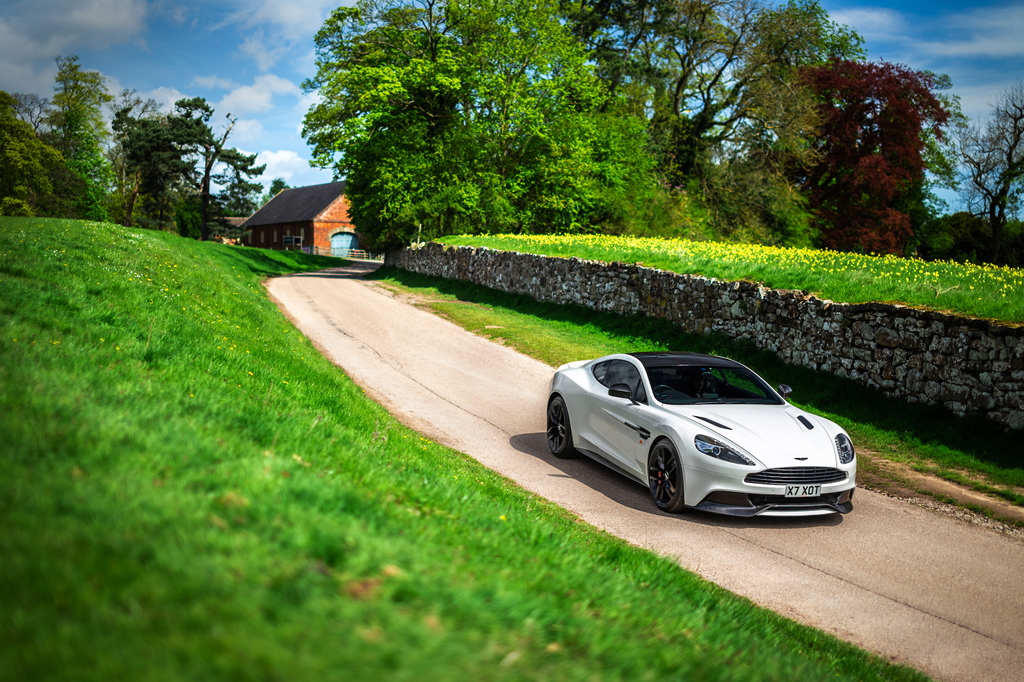 Britain may be small, but it’s always been big on birthing luxury brands with quintessentially British qualities: luxurious, reserved and tasteful. One of the most iconic of these is the Aston Martin. The independent British manufacturer of luxury sports cars and grand tourers has more than a century of experience under its sleeve; AstonMartin knows a thing or two about building cars and their sports cars are regarded as a British cultural icon.

The brand owes part of its fame to James Bond, who drove a DB5model in the 1964 film ‘Goldfinger’; an Aston Martin has featured in everyJames Bond film made since. Considered the vehicular embodiment of style and sophistication, the Aston Martin is driven by the likes of Halle Berry, David Beckham and even the Prince of Wales.

Now, you can either spend £3.3 million to get your hands on a limited edition, non-road legal, classic ‘Goldfinger’ DB5 fully loaded withBond gadgets or you can drive an Aston Martin Vanquish or Vantage instead. Britain’s favourite secret agent has also driven an Aston Martin V12 Vanquish, a V8 Vantage Volante, a DBS V12 and, most recently, a DB10 concept car created specifically for ‘Spectre’.

Now, wouldn’t you love to sit behind the wheel of a Vanquish that costs £214,500 without forking out the cash? Simply take an Aston for a day by opting for an Aston Martin hire. The Vanquish is a Grand Tourer that has plenty of power on tap, the reliability to cover vast distances, more comfort than ever and Aston Martin’s signature awesome looks.

Feel the power of a 620 @ 5500 rpm torque and 580 bhp, accelerate to 60 mph in just 3.5 seconds to a top speed of 201 mph, and relish the experience of rear-wheel driving a ZF eight-speed automatic 6.0L V12 petrol engine as you glide along effortlessly in your aluminium and carbon-fibre coupé. Your ride will include an infotainment system featuring a 6.5-inch screen, Apple CarPlay, and a 1,000-watt Bang & Olufsen audio system as well as a snug and intimate feel in its interior.

Alternatively, opt for the more accessible Vantage S, a Grand Tourer able to cover long distances in sublime comfort. With a 490 @ 5500 rpm torque and 420 bhp, an acceleration to 60 mph in 4.4 seconds and a top speed of 190 mph, this automatic transmission rear-wheel drive 4.7L V8 petrol engine will more than satisfy.

Experience the Aston Martin for yourself Because if you want the emotive experience of driving one of the world’s best cars, you can. Behind the wheel of an AstonMartin, you’ll experience power, control and comfort in head-turning style.Take these symbols of innovation, bespoke craftsmanship and beauty in your hands. Now you can dream it and do it. Supercars are superior machines of the automotive industry; they are extraordinary, thrilling and now more accessible than ever.