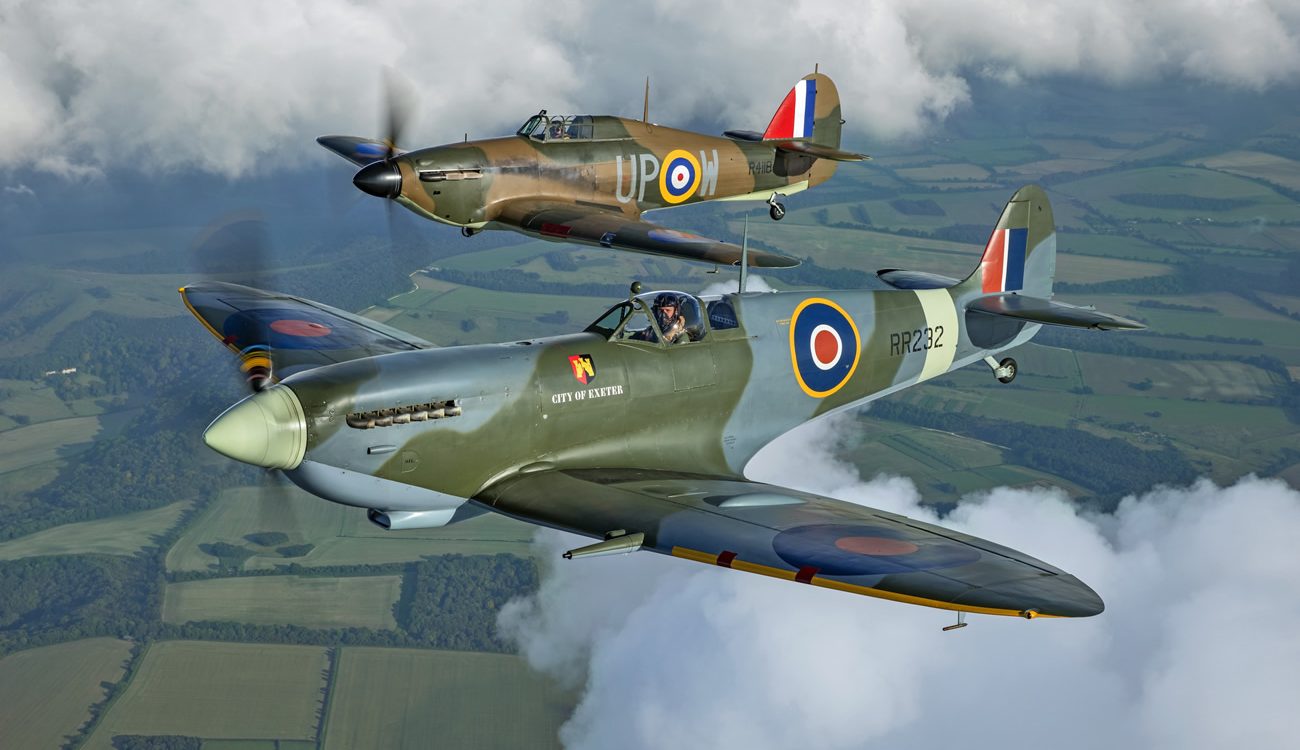 Kent’s Biggin Hill Heritage Hangar is less a haven of restored aeronautical glory from the golden years of aviation, and more a showcase of passion, iconism and emotive stories centring around the revered Spitfire aeroplane.

Housed at the South East of England’s iconic Biggin Hill airfield, one of the most important airfields during the Battle of Britain, is a building that hosts the world’s unique collection of airworthy Spitfire planes. The working hangar and visitor centre offer a special, passion-fuelled legacy to the beloved Spitfire fighter aircraft.

2016 is a special year for the Spitfire Company (Biggin Hill) Ltd, the company that lovingly restores these iconic planes at the base, with the recent arrival of its twelfth Spitfire; meaning that the Hangar is home to a full squadron of Spitfires for the first time in 74 years. “It’s a momentous occasion,” says the Hangar’s Manager, Paul Campbell, a man who has loved these revered planes since his childhood, and cites his role showing visitors the Hangar’s restoration work and hosting ‘Sit in a Spitfire’ sessions as his dream job. The planes, restored with predominantly vintage spare parts, are up to 75% original.

“Spitfires are easy to fly, but it all happens a bit faster when you’re in the cockpit”

The Supermarine Spitfire is a British single-seat fighter aircraft with a standard range of 350 miles, that was used by the Royal Air Force and many other Allied countries before, during and after the Second World War. It was the only British fighter to be in continuous production throughout the war, and although production was vast, with around 22,000 units being built, just 250 Spitfires survive today, and only around sixty are airworthy. “The Spitfire’s introduction brought the free world together; the pilots were often exceptionally young, and you could go from being a baker’s boy to flying in a Spitfire Squadron in under a year,” Paul explains. “Spitfires are easy to fly, but it all happens a bit faster when you’re in the cockpit.” →

But, as indicated already, this haven of engineering expertise in the garden of England is really about the legacy of the people that were involved in the plane’s history – from the engineers who built them and the Air Transport Auxiliary girls who ferried aircraft to RAF airfields, to the British and allied pilots who bravely flew the planes, and of course their German counterparts in combat. Pleasingly, many of these people have visited the Hangar to meet their old friends (or foes).

“We always try to find out the planes’ history and heritage,” Paul explains. “Gun cameras were routinely fitted in these planes’ gun cannons to help measure tactical effectiveness and record kills of enemy aircraft, and were triggered by the firing of a weapon. Some footage and information exists to this day at the Imperial War Museum, allowing us to find out more about each plane’s history.”

The Hangar is staffed by five experienced engineers as well as outside contractors, and is packed with memories and stories. It is for example home to the Spitfire flown by Squadron Leader Tony Gaze, who lived to the ripe old age of 93, and was a distinguished, Ace Fighter Pilot (an ‘Ace’ achieving a minimum of five air combat victories against other pilots – although Paul reveals that some pilots achieved this in a single day).

One particularly touching tale is of pilot Claude Weaver, an eighteen year old American pilot who was shot down over Sicily and became a prisoner of war, before escaping on his third attempt and walking 300 miles to the UK. Weaver continued his service and was killed in action. He was the youngest allied Ace of World War Two, and his Spitfire resides in the Hangar.

A presentation wall at the base touchingly showcases pilot Tony Bartley, who went on to marry film star Deborah Kerr. In a mounted letter from Tony recounting a particular flight over Dunkirk, when he shot down two enemy Messersschmitt planes, Tony recounts modestly that his plane was hit ‘several times’. The plane was actually shot 139 times, and as Tony’s plane had the most bullet holes, fellow Ace, pilot Bob Stanford Tuck, had to buy the beers in the local pub that evening.

Another interesting piece of history is the Spitfire presented by the staff of the Central Uruguayan Railways, run at the time by British ex-pats. The plane, known as Mabel, is an Mk VC Spitfire that served India’s 129 Squadron and latterly Australia’s 453 Squadron; she was flown by 27 pilots in total. These crowd-funded projects, whereby planes were ‘presented’ to a squadron, were an innovative way for commerce and members of the public to support the war effort – the planes became branded with their benefactors’ names. A Spitfire officially ‘cost’ £5,000 (although this figure was realistically much less than the actual cost of production), and Churchill’s ‘Buy a Spitfire’ project encouraged donations via the rattle of collecting tins within towns and villages, as well as from large corporations. The county of Kent notably bought an entire squadron, the Invicta Flight of Spitfires.

In testament to the Hangar’s welcoming of veterans of the war without judgement, a signature on the door of one Spitfire can be seen, signed by Hans Ekkehard Bob, a renowned German fighter pilot who served with the Luftwaffe, and flew approximately 700 combat missions. “The Germans really admired the Spitfire,” says Paul, who personally met Hans Ekkehard Bob at Biggin Hill before he passed away three years ago.

Paul is rightly proud that he has helped reunite people associated with the Spitfire with the actual planes they knew. “I have met the planes’ original pilots in some cases, and it is like meeting an old friend for them,” he says. “We often hear from the families of people whose planes are now based here.”

Of course, it takes two to enter into combat, and Germany’s Messerschmitt 109 Series was the Spitfire’s closely-matched opponent. The Hangar is home to a beautifully restored 109, one of only two original airworthy examples of the BF-109E-7 model, which has an impressive history. Built in 1939, ‘3579’ or ‘White 14’ saw action in Germany, France, Russia and Norway and was shot down several times. In 1942, while being flown by Lt Kurt Hammel, she was damaged in combat and force-landed on the front line, the wreckage being discovered fifty years later in 1992, and transported by the Russian Aircraft Recovery Group to Moscow. Now privately owned, the plane is fully airworthy and is used for display and exhibition purposes in the UK.

With the eightieth anniversary of the first flight of the Spitfire taking place in March 2016, it is fitting that the Heritage Hangar now boasts a full squadron within its ranks. To find out more about visiting, and the awe-inspiring ‘Sit in a Spitfire’ experience, while also helping to celebrate this iconic, cherished fighter plane and preserve its legacy call 01959 576 767.