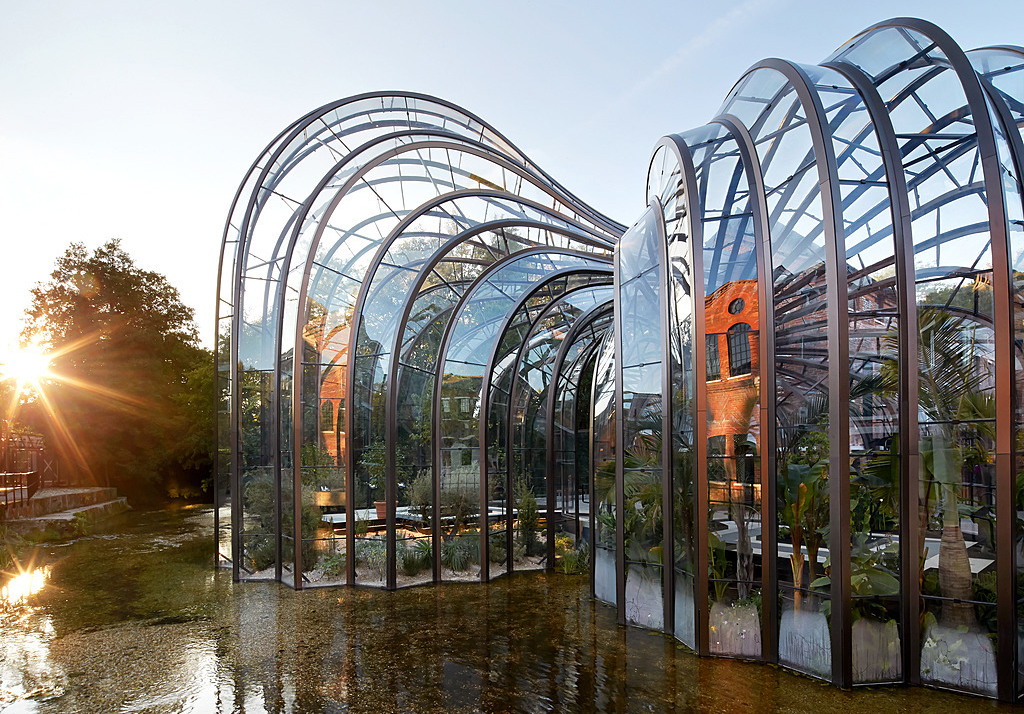 Get a taste of Britain’s brilliant breweries, dazzling distilleries and vibrant vineyards

Summer’s coming and there’s no time like now to sip a glass of wine, fill up a dram, or enjoy some gin to celebrate Britain’s vast array of breweries, vineyards and distilleries. And with a host of virtual celebrations coming up, everyone can get a taste of the action, even from home…

From marking World Gin Day on 13 June with a brilliantly blended G&T or enjoying a perfect pint for National Beer Day two days later, to celebrating English Wine Week with a sumptuous tipple, these online tours provide a unique glimpse into the history and heritage of Britain’s brewers and vintners.

Marked globally on the second Saturday of June and founded in England, World Gin Day celebrates the processes associated with distilling natural grains with juniper berries and other botanicals. The widespread popularity of gin in England can be traced back to the Georgian period, and the reign of William III – known as William of Orange – from 1689. Having relaxed restrictions on domestic spirit production, the market for gin boomed, and although a series of new laws were needed to curb just how much was being made, the spirit has remained popular in Britain since.

Since launching the first small copper-pot distillery in London for 189 years in 2009, Sipsmith now creates a number of award-winning gins that are shipped all over the world. Fans of the spirit can tour its Chiswick Distillery online, guided by founder Sam Galsworthy and Master Distiller Jared Brown. Having petitioned for a change to historic British law to enable the use of a small still when first setting up the business in 2008, the move paved the way for hundreds of small distillers all over Britain.

One of only a handful of Welsh distilleries, Aber Falls in the north of the country is a short distance from the famous Rhaeadr Fawr, a picturesque waterfall within the Snowdonia National Park. As the first distillery to open in North Wales since the start of the 1900s, it produces several hand-crafted gins and liquors using local ingredients – processes that are explored in an in-depth virtual tour of the premises. It provides an insight into what to expect for those dreaming of exploring the distillery, its visitor centre and the spectacular nature of the surrounding countryside in future. Aber Falls is also set to launch its first batch of whisky in 2021, matured for three years to ensure maximum taste.

As one of the biggest names in Scottish gin production, Eden Mill produces a core gin range packed with different flavours. This includes a Golf Gin, inspired by botanicals that are found around Scotland’s many coastal golf courses, and in recognition of the distillery’s location close to the ‘home of golf’, St Andrews Links. It’s possible to enjoy an informative journey through the world of Eden Mill on a 360-degree virtual tour, which delves in to the history of Scotland’s first single-site distillery and brewery – where whisky and beer are also produced in addition to its award-winning gin.

Renowned for its glasshouses and home to more than 1,000 years of history, the Bombay Sapphire distillery building at Laverstoke Mill in the heart of Hampshire is just as impressive as the gin it produces. The site of a mill since 903AD, and with a listing as a corn mill in the Domesday Book of 1086, the site was transformed to open as a distillery in 2014. Sitting within a Site of Special Scientific Interest and a Conservation Area, the modern glasshouses of the distillery juxtapose with the surrounding Georgina and Victorian architecture, while the neighbouring River Test has created a vibrant habitat for native wetland species. For those waiting to visit this exhilarating site, it’s possible to tour it online and delve deep into its rich history.

With the simple aim of promoting British Beer, National Beer Day on 15 June delves into the history and heritage of the drink that so many people know and love. Supported by the British Beer and Pub Association and the Campaign for Real Ale, among others, it is a celebration of what is being created at breweries across the nation. More styles of beer which originated in Britain are now brewed overseas than of any other beer brewing nation – from porter and stout to India pale ale and brown ale, to name just a few.

Having celebrated its 20th anniversary in 2019, Meantime Brewery has grown considerably since launching on a small industrial estate in Charlton. Now found in Greenwich, south London, it produces a tasty array of lagers, pale ales and India pale ales, as well as a limited edition set of seasonal products every year. The brewery’s immersive tour allows people to explore its site from anywhere in the world, or to think of visiting next time they’re in London discovering the neighbouring UNESCO World Heritage Site of maritime Greenwich, which is packed with the Royal Observatory, the Queen’s House and the buildings of the Royal Naval College.

From its location in the centre of Sheffield’s Antiques Quarter, Abbeydale Brewery can brew up to 15 different beers at any one time. Although not usually open to the public, it has a virtual tour thanks to Google Maps and also operates two brew pubs in the city, which is known for its steel production heritage. The brewery’s logo, like its name, was inspired by the frontage of Beauchief Abbey, a medieval monastic house that is now partially restored as a parish church.

With heritage dating back to 1799, Greene King’s historic Westgate brewery in Bury St Edmunds is a sight to behold. A fully interactive 3D tour of the 1930s art deco building is available online. Giving viewers a state-of-the art peak into the intricacies of beer making, not to mention its striking marble floors and vast giant copper mash tuns, it’s the ideal prelude to returning in person for a tasting session in the future!

Normally held in late May to the start of June, English Wine Week plans to return on revised dates in 2020 to celebrate the hundreds of vineyards that operate all over Britain. It’s a chance to discover new flavours and to imagine wandering among the ripening vines as the year’s crop grows at pace. With more than 550 vineyards across the UK, the majority can be found in England – and especially in the south – where the topography, soil and climate provide ideal growing conditions for sparkling wines.

Vineyards across the northern hemisphere start to spring into life in May/June, as the first small bunches of grapes begin to appear. While wine fans aren’t able to visit just yet, they can take a look behind the scenes into the everyday workings of an English vineyard, with a short virtual tour of the Woodchester Valley Vineyard. Located in the heart of the picturesque Cotswolds countryside, viewers can glean an insight into the world of winemaking and the processes involved, and get dreaming of when they can tour its lush green fields in future.

Britain is also renowned for its whisky, with Scotland home to more than 120 distilleries spread across five areas. Discover more about Scotland’s national drink, its distinctive tastes, and how it is made by exploring the distilleries virtually with VisitScotland’s Whisky Map – great for planning a tour of the region’s whisky heritage in the future.

Said to be the oldest functioning distillery on the Isle of Skye, Talisker can trace its origins back to 1830. Set on the shores of Loch Harport, the distillery produces a sweet, full-bodied single malt whisky and has scooped a number of international awards. Dream of supping a dram against the backdrop of striking views of the loch and the Cuillin – a set of rocky peaks on the island – or choose to tour the working distillery from the comfort of home.

Having been established in 1775, The Glenturret distillery is nestled in the Perthshire countryside and claims to be Scotland’s oldest distillery still located in its original premises. Using waters from Loch Turret and several traditional techniques, including mashing by hand, The Glenturret creates single malt whiskies that are chock-full of flavour. Those keen to delve into the world of Scottish whisky can see every corner of the distillery on a virtual tour, helping them get one step closer to seeing the spectacular Perthshire countryside and the distillery in person.

Embark on a 360-degree virtual journey around Laphroaig to learn more about one of Islay’s most famous distilleries. Situated on a small island off the west coast of Scotland, the distillery has been producing whiskey for more than 200 years. Awarded a Royal Warrant by Prince Charles in 1994, reflected by the coat of arms which features on every bottle, its single malt scotch whisky has a rich flavour and is aged for at least ten years. The distillery also runs a Friends of Laphroaig Club, where members are given a lifetime lease of up to one square foot of the distillery’s land, and rewarded with a dram of whisky if ever they visit the premises.

Imagine taking in the picturesque surroundings of the Brecon Beacons while enjoying a dram of whisky at the Penderyn distillery. An informative walk-through is available to guide whisky-lovers through the processes that are involved in the creation of its award-winning single malt whiskies, an experience usually reserved for those who are unable to access the distillery’s viewing platform. Founded in 2004 in the foothills of the Brecon Beacons National Park, Penderyn relies on water from the park to give its whisky its distinctive taste.

Enjoy exclusive access in the gardens where the Tudor queen grew up when you stay the night in the Tudor Village at Kent’s Hever Castle, […]