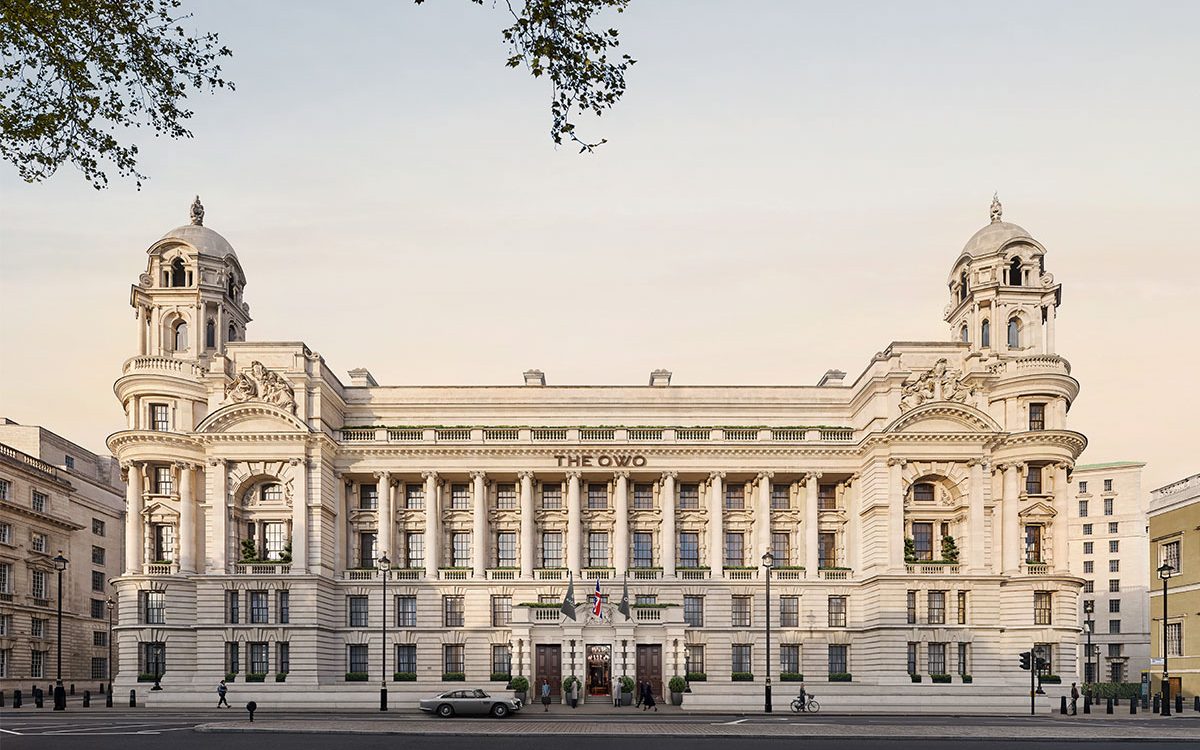 Hotels to visit this Autumn

As the nights draw in, be sure you have an autumnal escape to look forward to. Here we provide some inspiration.

Roman Villa at The Newt, Somerset

It already has magnificent gardens, a deer park, and a wealth of on-site activities, from bee safaris to cider tasting. Now The Newt, one of Britain’s hottest hotels, has opened a palatial Roman villa on its estate, reimagined next door to the original villa ruins found there. Visit the superb interactive museum before wandering through Villa Ventorum, with working Roman baths and formal dining room with frescoes of The Three Graces and intricate mosaics on the floor. You can sample authentic Roman food outside but we recommend eating in one of the excellent hotel restaurants instead. Rooms with breakfast and activities from £495.

It’s the ultimate treat for foodies – the chance to enjoy a private meal cooked by Lime Wood’s Angela Hartnett and Luke Holder. Using produce from artisan suppliers that aren’t big enough to cater for usual hotel quantities, the duo will chat to guests seated at a kitchen table as they cook. It costs £3,000 for ten people.

The clue’s in the name: this Leicester-based hotel adjacent to the Tigers’ rugby stadium could be straight out of New York’s Brooklyn borough, just like its sister property in Manchester. The 191 rooms are done out in a dark palette, while the in-room service menu includes pillow fights. From £90, B&B.

Experience what it’s like to stay in the heart of Mayfair in these upgraded contemporary chic apartments, with living and dining areas and separate kitchens as well as private patios. Two- and three-bedroom apartments with access to the hotel’s facilities cost from £1,995.

The wind and waves create a mesmerising drama off the North Cornwall coast in autumn and winter, with 30-foot swells and 60mph winds. Watch it from two new Ocean View Suites that have just been unveiled at this seaside hotel, and which are part of an ongoing renovation programme. Blending antique furniture with new fabrics, the two-bedroom suites are a bold mix of colour, pattern and texture. Sleeping four, they are reasonably priced, from £395 a night. If the weather is kind, hit the beach, but if a storm is raging, the spa is the place to go, along with the six Aqua Club pools.

Whether or not it’s the world’s first hotel to fully account for its entire carbon footprint, this ‘homtel’ (a hotel with the comforts of home) does show that you can have sustainability with style. A heat pump, solar panels and greenery on the roof rub shoulders with colourful Arts-&-Crafts-inspired bedrooms, all with kitchenettes. From £129.

Opening on 21st October the spa forms part of Yorkshire Spa Retreat’s recently completed £4.5m development with luxurious holiday lodges, a bar and restaurant. Guests to the spa can access facilities which include a Himalayan salt sauna, hydrotherapy pool, herbal steam room, a herbal lounge and a large relaxation dome for yoga, pilates and meditation. The outdoor natural swimming pond mimics a chilled mountain lake, with the invigorating cold water providing anti-inflammatory and rejuvenating benefits. Lodges start from £599 per week.

The Relais Henley, Surrey to Oxfordshire

Move out of the fast lane on a two-night ‘Slow-cation’ package, combining a night on a boat and another at The Relais Henley. Board a luxury hybrid river cruiser at Runneymede, Surrey, where the skipper will do all the hard work while you sip Champagne. Enjoy a picnic at Windsor, followed by an optional on-deck dinner beneath the stars before mooring at Marlow. The next day, before disembarking at Henley-on-Thames, take a private rowing lesson with a member of the world-famous Leander Club. Then check into a riverside room at The Relais Henley, with dinner in The Clipper Restaurant. Two nights from £3,995 per couple.

Take the kids for an autumnal escape at Raymond Blanc’s luxurious hotel, where they can follow a trail of vegetable characters as they explore before dinner. Two meals for children under 12 are included in the price, as well as seven-course seasonal dinners for parents. From £1,805 for four in the same room.

It might sound ancient but this pub with 11 rooms has just had a swish makeover, transforming it into an even more comfortable base from which to explore the area. On your return, try the vodka, gin and rum distilled on-site – you can buy bottles at the new artisanal shop. From £125, with breakfast.

Watch the sunsets Turner called “the loveliest in all Europe” from the roof terrace of this hip new seafront hotel, featuring artwork by Tracey Emin, among others. The restaurant in the 14-room property includes dishes inspired by historic female food writers. Rooms from £145.

Raffles at the OWO

Follow in the footsteps of statespeople and spies, from Winston Churchill to Ian Fleming, at the historic Old War Office (OWO), which is due to open this winter as a Raffles hotel in the landmark Grade-II*-listed former Whitehall building. The building’s classic Edwardian architecture has been reshaped to create 120 rooms and 85 residences, while restoring historic elements such as hand-laid mosaic floors, oak panelling, and a magnificent marble staircase. Eat on the rooftop terrace or in Mauro Colagreco’s restaurant. London’s first Guerlain spa will span four floors, and you can swim in the striking 20-metre pool. Prices yet to be set.

Slip slowly into autumn on a Pride of Britain sleep sojourn at this Lake District hotel. The Sunday night Pillow Package includes a guided mindfulness experience, relaxing massage and seasonal dinner. A herbal infusion should lull you into the land of nod before breakfast and a Pilates class or refreshing swim the next day. From £340pp.