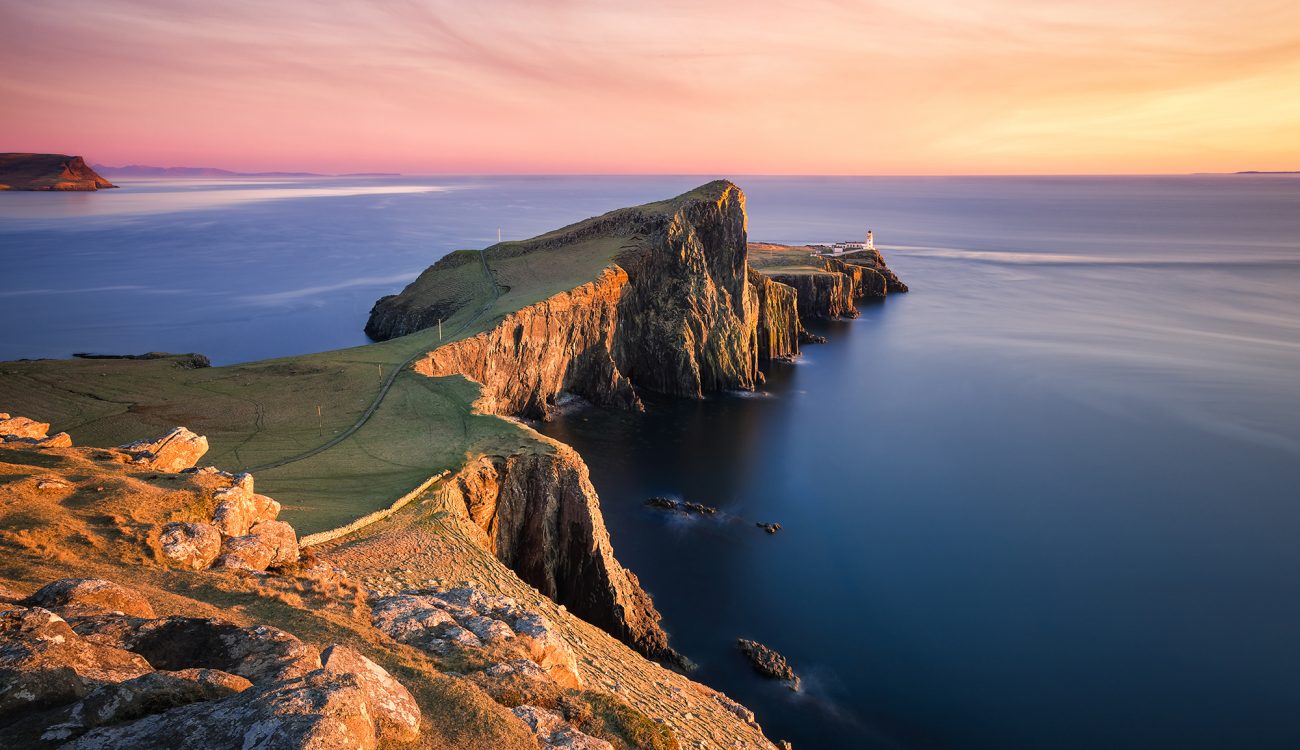 Shrouded in legend and mystery, Orkney and the Outer and Inner Hebrides are remarkable parts of Scotland, with breathtaking landscapes and a rich abundance of history.

Home to UNESCO world heritage sites, some older than the Pyramids, traces of Viking legacies, Neolithic sites, haunting wartime remains, and beaches and seascapes to rival the very best in the world, this has to be one of the must-do trips of a lifetime.

Dream Escape, a leading luxury destination specialist to England, Scotland and Ireland has masterfully crafted a week-long itinerary to capture the spirit of these islands, journeying through their mysterious lands.

The Orkney Islands hold some of the finest examples of Neolithic craftsmanship and earliest stone circles in Britain, dating back to at least 3100BC. Known as the “Big Four”, these riveting displays of an ancient time are treasured at the Neolithic Orkney World Heritage Site where our journey begins. Most impressive and striking is the settlement known as Skara Brae, Europe’s most complete Neolithic village, with its eight clustered houses dating back to a time before Stonehenge was built.

Thanks to Dream Escape, the trip allows for a very special, private twilight tour of the settlement as well as the rare chance to enter one of the delicate houses, not ordinarily open to the public. A truly enthralling experience, this is a special moment to reflect upon its inhabitants whilst listening to its haunting stories from an expert guide.

From an ancient past to more recent history, we visit Scapa Flow, a great natural harbour that was a vital naval base during both World Wars. From here, it’s on to the uninhabited island of Lamb Holm, with its remarkable Italian Chapel, built by Italian prisoners of war during World War II. The chapel was lovingly restored in 1960 by the artist Domenico Chiocchetti, who was responsible for the original design, and it remains a touching token of the triumph of the human spirit over adversity.

Orkney’s capital – Kirkwall – is another fascinating stop and home to Britain’s most northerly Cathedral, dating from the 12th century. It has a violent Viking past, and still houses some wonderful ancient buildings including the Bishop’s Palace, which was built around the same time as the Cathedral, and the Earl’s Palace, built around 1600 for Earl Robert Stewart, an illegitimate son of King James V of Scotland.

The Islands are also famous for their numerous distilleries, from the smallest in the world, Valhalla Brewery, to a string of brand-new haunts. For true whisky aficionados, Dream Escape arranges an exclusive behind the scenes visit to the most northerly of Scotland’s distilleries, visiting parts that are usually off-limits, and that have been opened for a tutored tasting of four spectacular vintages – 1968, 1970, 1971 and 1976 – and the chance to sample from an exclusive single cask bottling in front of a crackling fire. We also loved the option to take a private jet to reach these far-flung stills for private whisky tasting and long lunches in hidden bothies – what could be better!

Island hopping in The Outer Hebrides captures the unique spirit of each island and offers an introduction into this unique island life. Lewis is the largest and northernmost island of the archipelago and is home to the awe-inspiring stones at Calanais, another famed prehistoric site dating from around 3000 BC. Blackhouse Museum is also a ‘must’ for those truly wanting to understand the crofting way of life once widespread on these isles.

Thankfully Dream Escape guests will rest in a rather more contemporary take on one of these traditional island houses! Think Scandi-style interiors, complete with floor to ceiling windows and panoramic views of the Atlantic Ocean.

Famed for its white beaches, clear waters and coastline, there is nowhere better than the Isle of Harris for a bracing walk along the beach before stopping to pick up some world-famous Harris Tweed, and finally heading off to the most remote part of the British Isles, St Kilda. St Kilda’s islands, with their exceptional cliffs and sea stacks, form the most important seabird breeding station in northwest Europe. The earliest written records of island life here date from the late-Middle Ages and since then, the population has probably never exceeded 180.

The remaining population, some 36 residents that were known as St Kildans, were evacuated on 29 August 1930 from Hirta, the only inhabited island, to the Scottish mainland – at their own request. Today, the island is a World Heritage Site and is one of only 24 global locations to be awarded “mixed” World Heritage Status for its natural and cultural significance. Currently, the only year-round residents are military personnel; and a variety of conservation workers, volunteers and scientists spend time there in the summer months.

This fascinating look at St Kilda marks the end of our seven-day journey through the Orkney Islands, the Inner and Outer Hebrides; a journey packed with history, inspirational stories of old and new, and raw Scottish beauty all washed down with a little water of life. It is time to step back into the present and leave the past and this bygone era behind.