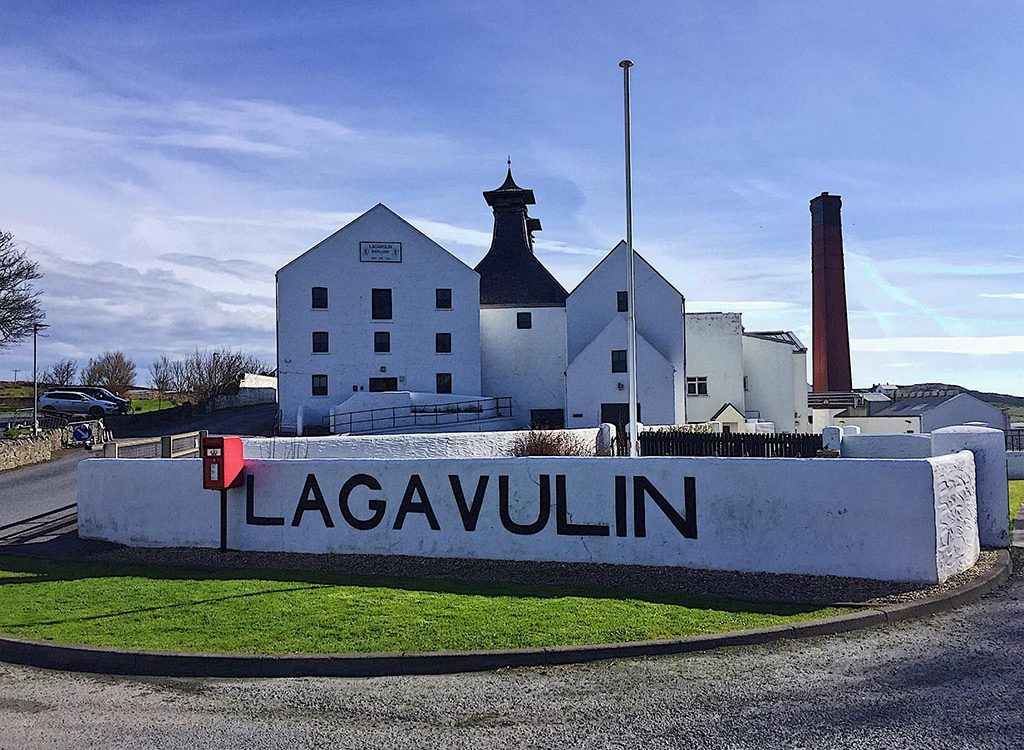 In search of Scotch Whisky

Over four million visitors a year beat a path to Scotland’s distilleries for an authentic taste of the country. There are many reasons to visit Scotland, but its whisky industry is by far one of the best. Unlike many major manufacturing sites, the average Scottish distillery is almost always located in the countryside. Because they draw their water from the purest springs and streams, whisky-makers tend to work in clean, unsullied rural locations. And most of these tend to be picturesque.

Often you’ll find the famous drink being distilled inside idiosyncratic old buildings that have evolved over time, many of them with distinctive pagoda-like wooden rooves. Step inside and you’ll invariably be met with a cocktail of highly distinctive smells: old wood, grain, yeast and spirit. You’re also likely to be met by an enthusiastic team who love sharing their commitment to Scotland’s uisge beatha (the Celtic words for water of life).

The whisky industry is thriving today – with the result that the names of lots of tiny Scottish villages are famous all round the world – so it can be hard to believe that in the 1980s “Scotch” was verging on the unfashionable.

A drink that had evolved over centuries had become the tipple for old men and many distilleries were on the brink of closure. The reasons for whisky’s subsequent recovery are many and complex. Clever marketing, astute management and increasing affluence in the east may have had something to do with it but the resurgence within a generation is extraordinary.

Today whisky is not just one of Scotland’s major exports, but one of the reasons people from all over the world come to visit.

Uisge beatha began in feudal times as a crofter’s spirit brewed and sold locally and used to provide a powerful kick-start to the day. Not diluted as it is today (to around 40% alcohol) this original “water of life” probably actually shortened life expectancy. Invigoration or anaesthesia against the cold Scottish mornings was probably the main benefit of whisky in those early days.

In the nineteenth century however the first enterprising Scots merchants began buying up raw local whiskies and blending them to create a predictable – and enjoyable – taste in every bottle.

The rapid improvement in the quality of blended whiskies like Johnnie Walker, Famous Grouse and Dewar’s had the knock-on effect of encouraging individual distilleries to improve the quality of their own single (unblended) malts.

These days, although there are still great blended whiskies out there, it is the single malts that sell for thousands of pounds at auction and it is the individual distilleries that attract pilgrims from all over the world who come just to pay homage to the home of their favourite dram.

Just as French wines rely on the individual terroir where the grapes are produced, so Scots whisky is an embodiment of the landscape over which the water flows before going into each whisky. Single malts are also influenced by the local peat that may stoke the fires at the distillery. For this reason Scotland’s bleak islands, its green glens, its lowland pastures and rolling northern moors all contribute to the unique flavour of each and every whisky.

The barrels in which ageing takes places also influence that flavour, No wonder no two whiskies ever taste the same.

Nowadays six whisky producing regions are recognised in Scotland although they are hugely different in size. “Lowland” is an area scarce in distilleries between Edinburgh and Glasgow, conversely “Highland” is really four massive regions – North, East, West and Central – that are found to the north of Lowland.

Then there is “Speyside”,  a tiny area between the Grampian Mountains and the Moray Firth, which is as densely overpopulated by distilleries as Lowland is underpopulated.

Meanwhile to the west – and only eleven miles from the coast of Northern Ireland – lies “Islay”, a single island that is home to eight major distilleries.  Campbeltown – once the whisky capital of the world but which ironically almost closed up shop in the twentieth century – sits nearby on the mainland.

Finally there is the region known as “The Islands” which comprises every other island distillery that isn’t on Islay itself.

If you are confused then just to make matters more complicated the Scotch Whisky Association officially lumps all the islands – except Islay –  into the Highland region. Conversely, many whisky experts subdivide the Highlands into four separate inner regions. There is no simple appellation system for Scottish Whisky.

Because each region has its individual qualities the Scotch Whisky Experience in Edinburgh offers a very accessible 50-minute audio-visual crash course (with tastings) that explains whisky and its regional characteristics.

But nothing beats the experience of visiting a distillery and having the magic explained to you in situ. All that polished, complex bespoke equipment inside can cause the mind to boggle. What do the grist mill, mash tun, washbacks and copper pot stills actually do? What is a spirit receiver and why is it kept locked? And why do all of these pieces of Heath-Robinson invention look so different? The byzantine machinery of each distillery is as individual as the taste of the whisky it produces.

Finally, the great thing about a whisky tour is that it unleashes a terrible thirst and that is what the tasting room at the end of the visit is designed to sate.

There are so many distilleries to enjoy in Scotland – far too many for the average visitor to ever reach – but here is our selection of just one from each region.

OBAN, in the Highlands

Founded in 1794 by two brothers, this distillery passed through many hands down the centuries and occasionally fell “silent”. Today Oban is one of Scotland’s smallest distilleries, producing a single malt typical of the West Highlands, drier and smokier than the light, sweet malts of other Highland regions. This old grey stone building sits near a busy quayside and looks rather forbidding from the outside, but there is a very friendly new visitor centre within.

Where to stay: The Airds Hotel

The Airds Hotel is a small gourmet-dining country house 19 miles to the north of Oban on the shores of Loch Linhe. It was originally an inn for drovers bringing their cattle from the islands but is now one of the most comfortable hotels in the area, celebrated for its excellent food and for its tranquil views across to the Morvern Peninsula.

Glenkinchie in the LOWLANDs

There aren’t many distilleries around the Scottish capital but Glenkinchie, set in undulating farmland 15 miles to the southeast of Edinburgh is the nearest. Founded in 1825, the distillery went through uncertain times before being completely rebuilt in 1881. In 2013 it was awarded Scotland’s prize for Best Lowland Single Malt. This picturesque brick building is an easy-going place to visit and its whiskies have distinct grassy sweetness on the palate.

Where to stay: The Balmoral Hotel

The Balmoral Hotel stands commandingly above Edinburgh’s Waverley Station and is famous for containing the room in which JK Rowling completed her last Harry Potter novel. It’s a slow drive out to Glenkinchie, but when you get back to Edinburgh make sure to spend an evening with one of the hotel’s kilted Whisky Ambassadors who will help you enjoy whisky as never before.

Dating from 1816 and housed in a sequence of white-washed buildings with a distinctive twin-towered roof, Lagavulin has a long-running rivalry with the nearby Laphroaig distillery. Although the two distilleries are only a mile apart, the water and the peat each uses are sufficiently different to create two very distinct whiskies. The 16-year-old Lagavulin is considered by many to be the benchmark for a great Islay whisky.

Where to stay: The Machrie Hotel

Recently reopened, The Machrie Hotel is set in the dunes of Islay, six miles from Lagavulin village. Its 47 bedrooms have views across island’s peat plains, over the hotel’s own golf course or as far as the remote Mull of Oa peninsula. Seven miles of pristine beaches and the opportunity to spot white eagles, puffins, short-eared owls and waders make this an hotel for wildlife enthusiasts as well as golfers and whisky-lovers.

Where to stay: Cardhu Country House

Cardhu Country House is a former manse half a mile from the distillery. It offers just six bedrooms with salmon and sea trout fishing nearby. The house is at the heart of Speyside’s Malt Whisky Trail, a unique signposted tour that visitors can follow to eight local distilleries, including Dallas Dhu which is now a whisky museum and visitor centre.

Campbeltown was once the powerhouse of Scottish whisky production with over 30 distilleries. Unfortunately, Prohibition in the United States wrecked its export market.

These days the region is rebuilding with three revitalised distilleries. Glen Scotia, founded in 1834, is one of the smallest distilling operations in Scotland with just  seven employees.

Five single malts are produced here, including the Victoriana,  a modern recreation of their classic Victorian Single Malt. Exposing the casks to the unique salty sea air of Campbeltown during ageing is said to contribute to the whisky’s distinctive taste.

Fourteen miles north along the coast from the Glen Scotia Distillery sits this cosy four-bedroom Victorian guest house warmed by log fires. The nearby fishing village of Carradale has its own golf course plus a local bus that goes five times a day into Campbeltown itself.

Talisker THE ISLE OF SKYE

In 1960 when fire destroyed most of Skye’s most famous distillery, its five uniquely-shaped stills – odd-looking might be a less diplomatic word – were rebuilt in exacting detail. Everyone agreed that the shape of the stills might somehow be responsible for the whisky’s unique spicy flavour.

A maritime location alongside Loch Harport also affects the taste in a subtle way. Talisker was much enjoyed by Robert Louis Stevenson who praised the whisky in his poem “The Scotsman’s Return from Abroad”. Today Talisker is held by many to be the quintessential Islands Whisky.

Where to stay: Skeabost

Twenty miles north of Talisker stands Skeabost, a former hunting lodge that was rebuilt for comfort in 1871. With the River Snizort running through its grounds this is the perfect place for salmon and trout fishing. It is also the only hotel on Skye with its own golf course. The recent renovation has blended the original Victorian features with contemporary furniture and tweeds in dramatic primary colours.

British Airways fly to Edinburgh and Glasgow several times a day from Heathrow, Gatwick and London City airports with single fares from as little as £35 → ba.com

For the most user-friendly introduction to Scots Whisky visit The Scotch Whisky Experience next to Edinburgh Castle: 354 Castlehill, 0131 220 0441 ► scotchwhiskyexperience.co.uk