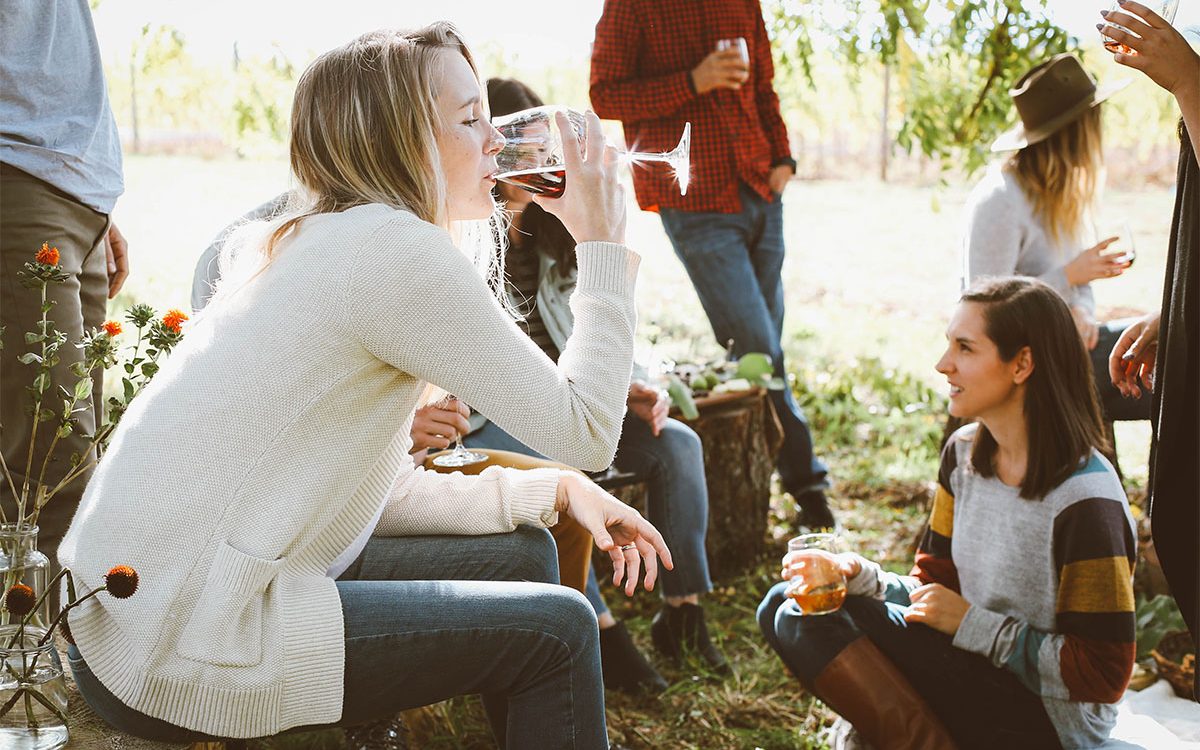 Meet the Makers of Mead – Bubbly from Bees

Perhaps the world’s oldest alcoholic drink, mead is made from just two ingredients: water and honey…

Records show that mead was made as long ago as 8,000BC, and some sources believe it may have originally occurred naturally, when honey and rainwater mixed in the hollow of a tree and fermented, later to be spotted and sampled by curious humans. Since then, production techniques have become more sophisticated, and yeast is added, to supplement the natural yeasts in the atmosphere. Simple yet versatile, mead can vary widely, from deep caramel to pale lemon in colour, from dry to sweet, still or sparkling. And its alcohol content can range from around four per cent, on a par with beer, up to 20%, similar to a fortified wine. Mead made from more than honey and water has several different names: with added herbs or spices it’s metheglin; with fruit such as cherries or blackberries, which helped to preserve the harvest in past times, it’s melomel, or cyser if apple is added; and pyment, with grape juice. Special honeys, such as orange blossom or heather, can influence the taste of the finished product.

“New meadmakers position the world’s oldest drink as a contemporary choice, a traditional drink brought up to date, in the same way as craft beer”

With all this natural variation, there’s a mead to suit all tastes and all drinking occasions. Many factors inspire a thirst for mead: whether it’s a desire for local produce with a sense of terroir (mead is made all over the UK), an appreciation of the work of bees and beekeepers, a taste for a natural product, a taste for heritage, or simply the urge to try something new to you.

And it’s as varied and versatile as wine. Rod Marsh, who runs the Cider Barn at Middle Farm (middlefarm.com), a fun-packed working family farm near the South Downs in East Sussex, which sells 92 bottled and 18 draught meads, says: “one could readily fashion a meal with a mead for each course, followed by mead liqueur, and even a distilled mead nightcap!”

He has seen the drink’s popularity rise in recent years: “When we started selling mead the only customers were local white witch covens and re-enactment societies. It has definitely gone mainstream over the last 10 years. Growing public awareness of the plight of bees worldwide and a desperate need to find some national identity not associated with empire have both played a part. The historical association of it being widely renowned as an aphrodisiac has also, no doubt, had some effect.”

For most people, mead may still be associated with mythical, mistsof-time images of Vikings and mediaeval monks – or even Game of Thrones – but new meadmakers position the world’s oldest drink as a contemporary choice, a traditional drink brought up to date, in the same way as craft beer.

One of the crop of contemporary meadmakers is Gosnells of London Meadery (gosnells.co.uk), whose base in Peckham, south London, couldn’t be further from the flowery meadows that may come to mind when imagining mead-making. The company has a range of alestrength canned meads (4%), with innovative limited editions, such as coffee or blueberry and plantain, along with more traditional bottled meads. Founder Tom Gosnell says: “Our intention is to create elegant meads, more akin to sparkling wines or artisan ciders. They are lighter in colour than most high-alcohol meads, sparkling, fresh and vibrant. They show the subtlety of honey.”

The company, founded in 2013, puts a lot of effort into nurturing their natural raw material. “Gosnells’ postcode meads do demonstrate the trees, bushes and flowers in different areas of London and its surrounds. They are massively different from each other,” says Tom. “There is no added sugar (as in Champagne), and no need for balancing acids (as in wine), but mead is reliant on our populations of bees – so we are working on providing them with nectar all through the year.” To this end, the company has recently opened a ‘mead garden’, with pollinating plants recommended by the Bumblebee Conservation Trust and London apiarists, and educational materials for visitors to help them be kind to pollinators. Embracing modern ways of reaching its market, the company holds monthly online tastings.

And if mead strikes you as relatively expensive, consider the incredible industry required to produce its main ingredient. Mead is around three parts water to one part honey, and a bee needs to gather nectar from two million flowers to make one pound of honey. To reach all those flowers, she flies 90,000 miles, three times round the world.

On cost, Rod cautions: “If you can buy a bottle of mead for under a tenner it is almost definitely a pyment, ie mixed with grape juice – a far cheaper commodity than honey.”

As a man who knows his mead, Rod rates the following producers, as well as Gosnells. Baldur Mead by the Lancashire Mead Company (lancashiremeadcompany.co.uk), fermented out to dryness in the traditional manner. In the Scottish Highlands Christopher Mullins, an Iraq and Afghanistan veteran, at The Rookery Craft Mead (rookery.scot), fashions clean, natural and complex flavours from foraged ingredients including spruce, silver birch, crab apple, plum, sloe, lavender, pear, mint and ginger, creating seasonal ‘midwinter’ and ‘midsummer’ brews, and even sells Viking-style drinking horns. In Cornwall there’s Ninemaidens Mead (ninemaidensmead.co.uk) with fruit, spiced and 40% distilled options. In Wales there’s Mountain Mead (mountainmead.co.uk), who suggest mixing mead with tonic or making a meady Kir royale by topping up their Telor y Coed medium-sweet mead with Champagne, and Wye Valley Meadery (wyevalleymeadery.co.uk), who apply modern brewing techniques to the most ancient beverage.

“If you can buy a bottle of mead for under a tenner it is almost definitely a pyment, ie mixed with grape juice – a far cheaper commodity than honey”

Whether it’s a traditional true mead, or one with a 21st-century twist, mead is creating a bit of a buzz….