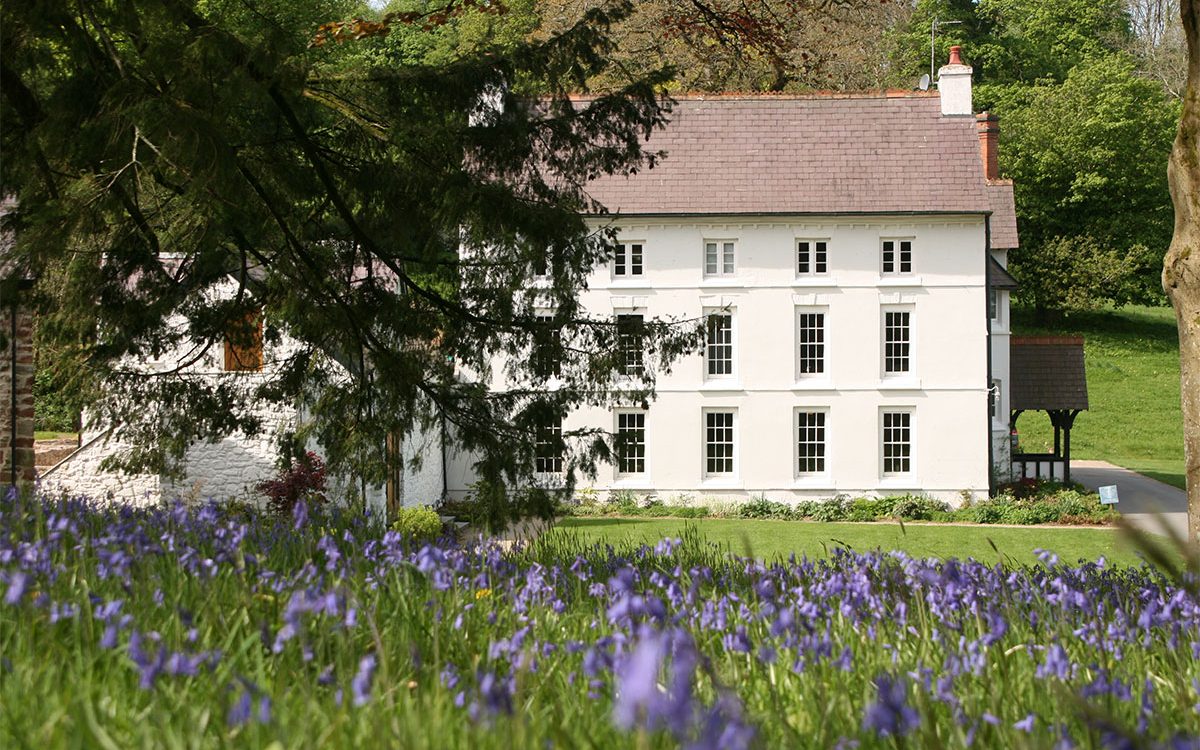 Discover the latest hotels this summer, we tell you where to look.

They’ve had a lot of fun playing on the name of this beautifully refurbished Georgian coaching inn. Expect portraits of military personnel with dogs’ heads, hares’ ears sticking out from lampshades, plus hunting-themed fabrics and wallpaper. The pub’s proximity to Newbury explains the stable door in its enormous timber-frame dining room, with horse-head sculptures and bridle accessories. Some of the 30 well-designed bedrooms are in the real stables outside; all come with complimentary gin and Bramley toiletries. And if you want to visit Highclere, aka Downton Abbey, it’s just ten minutes’ drive away. Rooms from £120 a night, with breakfast.

Possibly Scotland’s most unique restaurant with rooms, this 13th-century fortress is the place to enjoy chef patron Colin Nicholson’s six-course tasting menu before retiring to one of four bedrooms. Each named after a Scottish clan, they have hand-carved four posters, one with a private battlement. From £360 with breakfast.

Book one of the new Orchard Cabins at Congham and you get a stylish summer base from which to visit nearby Sandringham, with its exhibition on the royal family’s relationship with the house. Rooms have an outdoor tub and a wall of windows. From £475 with dinner for two and breakfast.

This summer sees the transformation of a 1930s beach resort to become hotelier Grace Leo’s second Relais property. The first of 45 rooms are already redesigned in coastal blues, with the rest finished by September. Rooms from £295 with breakfast.

You’re virtually sleeping on the steps of St Paul’s at the latest Hilton Curio Collection property, opening in July. Behind the Grade-II-listed Creed Court building façade lie 145 rooms, some with cathedral views. In keeping with the name, the decor celebrates London’s lost railway stations, historic fashion trends and old city professions. The restaurant, called Found, holds an eight-metre bright-blue resin bar and a Murano glass chandelier featuring figurines of extinct birds, which together form the shape of a two-metre eagle in flight. Classic dishes include prawn cocktail, roast duck breast and Eton mess. Rooms from £170 with breakfast.

If you love vinyls, this fun hotel is the place to come, with a record library, turntables in the rooms, and DJ Upside Your Mind playing every Friday evening in the summer on the heated terrace. A toy train runs through the bar, and rooms have coffee machines hidden in dolls’ houses. Rooms from £165.

This boutique bolthole near the Pembrokeshire coast is looking fresh from a complete refurbishment, which started in the public areas and finished in April with the last of its bedrooms. A Pride of Britain member, its rooms blend traditional styles and textures with contemporary comforts, and are from £260 with breakfast.

It’s been a long time coming, but Richard Branson’s first UK hotel opens near Edinburgh Castle in June, seven years after Virgin’s first hotel launched in Chicago. Delayed after 10th-century remains were found on the site, it promises to be worth the wait. Some of the 222 rooms have views of the castle, which is also on show from a rooftop sanctuary.

They all have Virgin Hotels’ signature layout, with a dressing room and bathroom rolled into one and a red Smeg fridge in the bedroom. Downstairs is a members-style social club and an all-day dining space. Rooms from £330, with breakfast.

After adding a spa by its outdoor pool, the former Maison Talbooth has rebranded itself to show its new focus on wellness. Top-to-toe Elemis treatments are on offer, or you can just lounge in the outdoor hot tub. Stay overnight in one of 12 bedrooms from £300 with breakfast.

The all-day lifestyle ethos of Coppa Club has just arrived in the market town of Haslemere. In a Grade-II-listed property, the venue has spaces to work, eat, drink, and relax (with CBD-infused cocktails). You can stay in one of 13 bedrooms, which cost from £90 with breakfast.

Tartan fabrics and a stripped-back style give a Scandi-Scottish feel to this hotel’s 21 rooms, following a multimillion pound refurb. On the popular North Coast 500 coastal route, it’s just an hour from Inverness. Rooms from £224 with breakfast.

The Michelin-starred menu created by chef Jean Delport at Restaurant Interlude is up to 21 courses. It’s good, then, that after dishes such as pork with lobster and wild garlic and brown choux with dandelion and hazelnut you now only need to stagger up the stairs at this 19th-century Italianate mansion. Along a magnificent hallway and galleried landing ten elegant rooms mix antiques with contemporary art. Outside are 240 acres of garden to walk off the excesses of the night before, with a wallaby enclosure, an ornamental rock garden, a sculpture park and seven interlaced lakes. Dinner £160pp, rooms from £350.