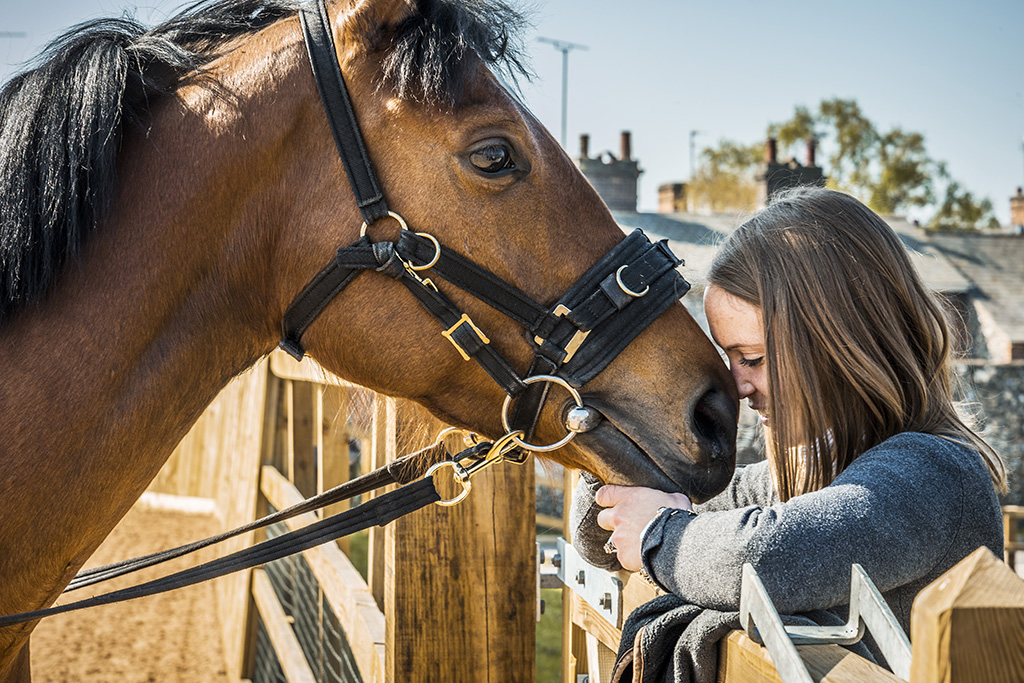 At the heart of East Anglia is Newmarket, the international magnet at the centre of Britain’s flat-racing industry.

Foremost among the many reasons for today’s tourists to explore the fascinating region of East Anglia, with its rich and absorbing history, ancient and modern, is the chance to visit the birthplace of ‘The Sport of Kings’, Newmarket. This unassuming, small market town, just 15 miles to the east of Cambridge, was the historic birthplace, and has become the epicentre, of the world’s thoroughbred horseracing.

The connection with British royalty can be traced back to 1609, when James I had a small palace built here, but it was the influence of the post-Restoration Charles II which transformed the fortunes of Newmarket, laying the foundations for what is now a multi-billion pound industry. After the 13 austere years of Oliver Cromwell’s ‘protectorship’, this hedonist king took great pleasure in sporting pursuits, particularly horse-racing, and established his own, modest stables in the grounds of his palace. He saw the potential of the town’s surrounding 2500 acres of, mostly, flat grassland for the training of horses and this vast tract, since 1750 in the care of the Jockey Club and not ploughed for at least 400 years, now provides the equivalent of 50 miles of unrivalled natural turf gallops (in narrow strips, regularly changed) and 14 miles of all-weather track. Now, the town boasts over 70 registered trainers, with stable-yards housing more than 3500 horses, most of whom can be seen, every day, taking their turn at exercise on the famous Warren Hill. The racing itself has also developed. From the long-distance challenge matches of the 17th century (origin of the name of the village ‘Six Mile Bottom’) have come two modern courses, the ‘Rowley Mile’ for the early-season Classic races and the July Course, used later in the calendar. With so much top-class horseflesh in the vicinity, many breeding units, known as ‘studs’, have been established where owners offer the services of known winners, both stallions and mares, in carefully-controlled circumstances, ensuring the purity and sustainability of the ‘bloodline’. The wonderhorse ‘Frankel’, retired to stud after a stellar, unbeaten racing career, now stands available to ‘serve’, but his owners will expect £175,000 for every foal produced as a result!

Newmarket is now UK’s largest horse-breeding centre, home to the magnificent National Stud operation, the only commercial property of its kind offering public tours – which resume in February 2019 – in the UK, and several other world-leading stud farms. To guarantee the best of medical attention, three veterinary practices and two world-class horse hospitals are available, all staffed by an army of equine specialists. To complete the commercial cycle, the town is also the sales-base for the oldest bloodstock auctioneers in the world, Tattersalls through whose hands pass the finest young horses in the world. Some are ’yearlings’ and, with no track record, are for sale solely on the basis of their appearance and the racing performance of their parents and antecedents. Huge sums may be ‘invested’ on this basis – the highest price in 2018 was £3.7 million pounds!

The gallops and racecourses are owned by The Jockey Club, a non-profit organisation ensuring horseracing’s posterity, as is the National Stud opened by HM the Queen, Elizabeth II in 1967 and the temporary home to hundreds of mares from around the world, brought to Newmarket for access to the best stallions in the breeding season in the hope of producing a champion of the future. The tourism organisation ‘Discover Newmarket’ offers an excellent range of informative guided tours of the showplaces, including the gallops, fabled training-yards (we visited Ed Dunlop, studs and surrounding countryside). From a central meeting point, the Discover Newmarket guides drive visitors around to the various attractions.

No visit to Newmarket could be considered complete without a serious look at ‘where it all started’. Near the town centre was the site of Charles II’s palace and, after a huge financial and physical commitment, it was here that, just four years ago, our current Queen opened ‘Palace House’. On a five-acre site, three complementary attractions make up the superbly-presented National Heritage Centre for Horseracing and Sporting Art. In a beautifully-restored surviving part of the old palace are the fabulous Museum & Galleries of British Sporting Art, featuring priceless works by masters such as Stubbs, Munnings, Singer Sargent and many more, bringing together images of all manner of traditional British sporting pursuits, perfectly displayed. Nearby, across the street, is the National Horseracing Museum, handsomely telling the rich story of the origins, and development, of ‘the sport of kings’ through exhibits of historic silverware, racing silks and caps and photographs, films and stories of optimistic owners and the many famous jockeys who rode their horses to glory. You will gain a fascinating insight into the scientific development of the ‘ideal’ horse, through the ages, tour the original 1903 Rothschild Yard, where you can meet former racehorses and find out how retired thoroughbreds are retrained after their racing days are over. A good day at the museum deserves some ‘downtime’ and the excellent ‘Tack Room’ café is the place to rest and refresh, with immaculate service, an extensive bill-of-fare and comfortable surroundings. A buzzy ambience, throughout the day, only adds to the pleasure of the experience.

Take your time, breathe in the rarefied atmosphere and appreciate what all the centuries of human commitment (and equestrian effort) have achieved – the ‘Turf’ will get to you and you’ll never treat the racing results with disdain, ever again.

10 miles from Newmarket is this 4* hotel, bright, modern and welcoming. Its 51 clean and well-furnished guestrooms are either in the mill-house or in attractive, single-storey additions. The Mill House Restaurant provides top-quality dining and there is a popular Spa and Wellness Centre ►bestwestern.co.uk

10 miles east of Newmarket is Barrow where a run-down pub, housed in an early 16th century property, has been transformed into an amazing gastropub. The restaurant is sophisticated, with a winning combination, of great atmosphere, superb food and splendid comfort.  ►theweepingwillow.co.uk

A Four Red Star boutique hotel and spa located in Newmarket. Originally built as a Georgian hunting lodge for the Sixth Duke of Bedford in the 18th Century, the building was converted into a hotel in the 1940s. This luxurious hotel and 2 AA Rosette restaurant blends old and new in a pretty countryside garden setting.  ►bedfordlodgehotel.co.uk

FOR THE OPPORTUNITY TO GO BEHIND THE SCENES AT THE HISTORIC HOME OF HORSERACING, VISIT ►DISCOVERNEWMARKET.CO.UK