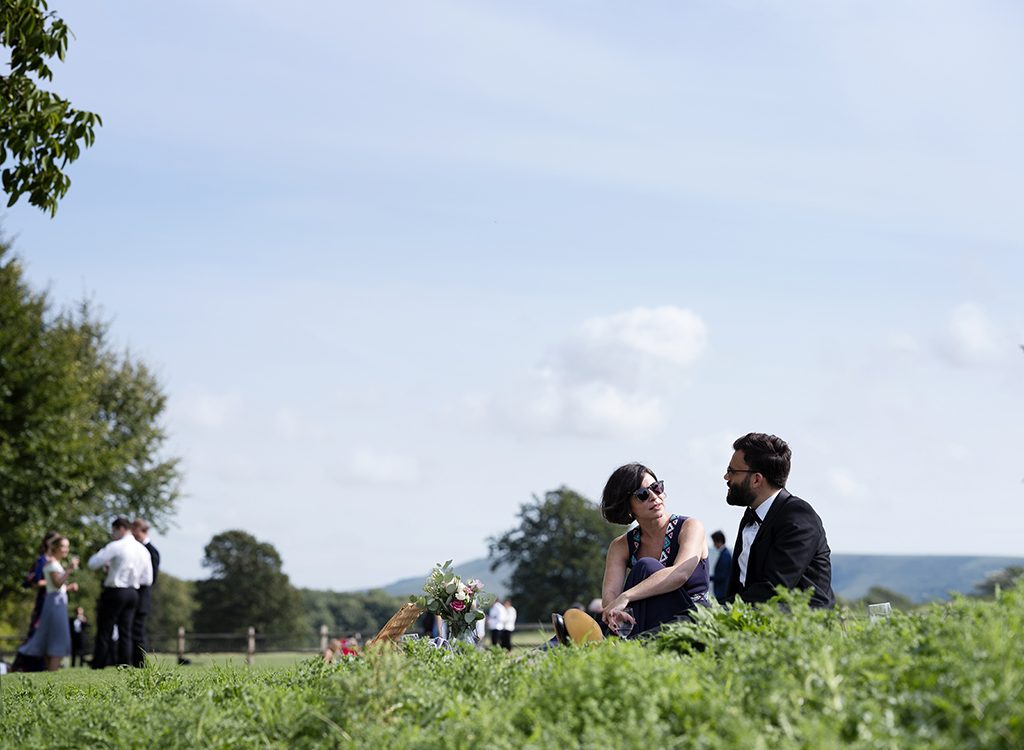 Opera in the country

The idea is simple: as summer stretches across the English countryside, take the world’s great operas out of air-conditioned opera houses and stage them in rural estates, either in the grounds or the house itself. Audiences will follow. The atmosphere is festive. People arrive with picnic hampers – the long dinner interval is an essential element of country house opera – and they tend to dress up.

It all began at Glyndebourne before World War II, when John Christie opened up his Sussex mansion to fellow opera-lovers. The wealthy landowner never intended to establish an art form but that is what Country House Opera has become. As these festivals proliferate across England, there seems to be no diminishment of appetite for them. The season grows longer and festivals are getting more distinct identities. Each has its speciality.

As well as hearing great operas well sung, the Country House phenomenon offers the chance to stay overnight in some lovely hotels or pubs nearby and make a whole weekend of your night at the opera.

In the opera world, 4G is nothing to do with mobile phone reception. It’s all about the four big opera festivals that dominate the English countryside in the summertime:  Garsington, Grange Park, the Grange Festival – and then Glyndebourne.

Glyndebourne began it all. Based in a beautiful faux-Jacobean house in Sussex, Glyndebourne’s owner John Christie inadvertently invented country house opera in 1934 when he staged a small festival at his home for the benefit of his wife , the soprano Audrey Mildmay. She told her husband that if he was going to stage an opera, he may as well build her an opera house – so he did.

All the traditions of country house opera began at Glyndebourne, including the long interval, the champagne and picnic baskets, and the distinctively British combination of dinner jackets with panama hats.

The festival is now run by Gus Christie, grandson of John, whose family still live in the manor house. In 1994 Glyndebourne replaced its old performing space with a new state of the art opera house, acoustically one of the best in Britain and the administration of the three-month summer season – the longest of all the festivals – is now a year-round, highly professional business.

Where to stay – Ockenden Manor 15 miles north of Glyndebourne

The Grange in Hampshire is a magical venue that since 2017 has been run by the opera singer Michael Chance CBE (pictured left). The building has had a long and glamorous history.

In 1795 it was leased to George, later Prince Regent and king, as a hunting lodge offering more than 400 deer in its park. In the nineteenth century the building was reworked in the Greek Revival style and in 1823 a substantial iron and glass greenhouse was added.  This hot-house would eventually have its floor dug out to become an unconventional opera house.

In 1998 Martha Fiennes used the decaying mansion as a location in her film Onegin, starring her elder brother Ralph. In 2017 a new festival was created at The Grange by the celebrated English singer Michael Chance. Its first season (in June 2017) opened with operas by Monteverdi, Mozart, Bizet, and Benjamin Britten. Their 2020 season is  brimming with young love – from Puccini’s tragic tale of urgent young lovers Manon Lescaut, and Rossini’s fizzing masterpiece La Cenerentola to Britten’s most popular

A Midsummer Night’s Dream full of summer antics and fairy dust. And don’t miss ballet superstar Edward Watson, who will premiere at Dance@TheGrange, with a piece created especially for him by in demand choreographer Mtuthuzeli November.  ►thegrangefestival.co.uk

Where to stay: The Woolpack Inn is two miles north of The Grange Festival

Grange Park Opera began in 1998 at a country house in Hampshire that had been rebuilt in the early years of the nineteenth century. Grange Park had the appearance of a Greek temple but had been allowed – through decades of  neglect – to fall apart. Then came Wasfi Kani OBE, the former Chief Executive of Garsington who set up Grange Park Opera. This festival ran from 1998 to 2016 making the most of the Grange’s crumbling, Miss Havisham-like interiors where guests could dine in the intervals.

When Wasfi’s lease was up in 2016, a new management took over at The Grange but the lady wasn’t done yet.  She took her high-profile festival to a new venue, sixteenth-century West Horsley Place in Surrey. This country house is owned by the writer and University Challenge broadcaster Bamber Gascoigne. In 2016 Gascoigne leased part of his estate to Wasfi where she built herself a brand new “Theatre in the Woods”. With four tiers of seating in a horseshoe shape (modelled on La Scala, Milan), the Theatre in the Woods can accommodate 700 people. This summer Grange Park at West Horsley is performing La Bohème, Ponchielli’s rarely heard La Gioconda, a new commission The Life and Death of Alexander Litvinenko and musical Meet Me in St Louis. ►grangeparkopera.co.uk

Where to stay: Barnet Hill is nine miles south of Grange Park Opera

While opera’s 4G venues all began in old country houses, Longborough in Gloucestershire began in a cowshed.  In 1998 Martin Graham, a successful local businessman, converted an agricultural building on his land into an opera house with the intention of one day mounting Wagner’s Ring. In 2013 Graham’s ambition was achieved with three complete stagings of The Ring Cycle, as is the tradition at Bayreuth.

Seven years on, and now under the artistic direction of Martin’s daughter Polly, Longborough has already begun its second Ring Cycle which will be given in its entirety in 2022. This year Wagner’s Die Walküre will be presented alongside L’elisir d’amore, The Return of Ulysses and The Cunning Little Vixen.

Visiting Longborough is similar to the 4G festivals, although here many people erect their own gazebos in the carpark (not something that happens at Glyndebourne). There is the same long interval for dinner and the same dress code. The opera house itself remains an exception however. Martin Graham bought old seating and a chandelier from Covent Garden but no attempt has been made to disguise the fact that this was once an agricultural building. “The moment we start to pretend it is an opera house, it will look like a barn,” says Martin. ►lfo.org.uk

Where to stay: The Sheep in Stow less than three miles south of Longborough

The Garsington festival is no longer at Garsington, but has kept the name. Garsington was founded by the financier Leonard Ingrams and his wife, Rosalind Moore in 1989. The Ingrams had bought the manor house that had belonged to the Bloomsbury patron, Lady Ottoline Morrell.

The couple wanted to stage opera in their gardens, much as the Christies had, and so built a 500-seat auditorium. However from the start Garsington distinguished itself in its programming which mixed  well-known works with the less well-known. The very first season presented Mozart’s Così fan tutte with the British premiere of Haydn’s (perhaps deservedly obscure) Orlando paladino.

By 2008 the Ingrams family decided they wanted their home back and a new location was found for the festival fifteen miles away at the idyllic Getty estate in Wormsley.  A remarkable new 600-seater house was designed that could be assembled every year and taken down at the end of the six-week season.

Where to stay: Cliveden House Hotel is 15 miles south of  Garsington at Wormsley

Beginning as recently as 2013 with a staging of The Magic Flute, Nevill Holt Opera is a newcomer on the country house opera scene. This festival takes place at Nevill Holt Hall, Leicestershire, the home of the Cunard family from 1876 to 1912 but now owned by David Ross, co-founder of Carphone Warehouse. In 2018 Ross built a beautiful new theatre for his festival, seating 400 people in the hall’s seventeenth-century stable courtyard. This, the smallest opera house in Britain, was subsequently shortlisted for the Stirling Prize.

With a commitment to new talent, Nevill Holt Opera aims to cast young singers whenever possible. This year the festival offers productions of La traviata and Don Giovanni. ►nevillholtopera.co.uk

Where to stay: Hambleton Hall is 14 miles to the north of Nevill Holt

West Green House was built in the early eighteenth century by Henry Hawley, the general who led the cavalry charge that massacred Bonnie Prince Charlie’s army at the Battle of Culloden in 1745. In the twentieth century this Hampshire mansion came into the possession of Sir Victor Sassoon, builder of the Peace Hotel in Shanghai. Sassoon left the property to the National Trust on his death in 1957. In 1993 Marylyn Abbott, former marketing and tourism manager of Sydney Opera House, bought the lease and instituted an opera season which is held annually in July and August. A purpose-built auditorium in the garden known as The Green Theatre stages all the productions. This summer’s festival includes Eugene Onegin, Puccini’s La Rondine, the musical Gigi in concert and Howard Goodall’s choral work Invictus: a Passion. ►westgreenhouseopera.co.uk

Where to stay: Tylney Hall is three miles from West Green House.

British Travel Journal are delighted to collaborate with luxury lifestyle experts, The White Company, bringing you a selection of summer inspired must haves for your […]

Dick Pearce have been producing beautiful, hand-crafted wooden bellyboards at their seaside workshop in Cornwall for over a decade. We head for the beach to […]