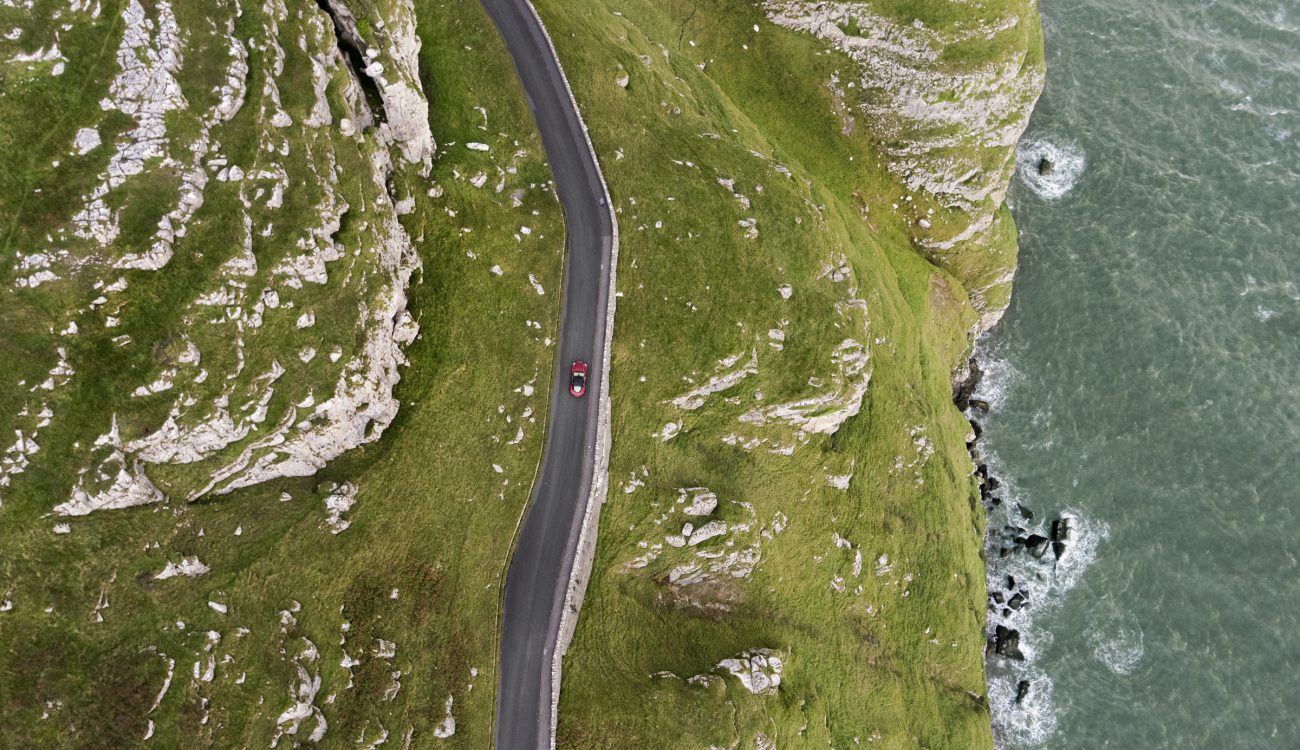 The Wales Way is a family of three national routes that lead you along the coast, across castle country, and through the mountainous heartland of Wales.

The routes are crossed by loops and links so that you can head off piste and create your own custom built  Welsh road trip. In Welsh they call it going ‘igam ogam’ –  ‘step to step’, or ‘zig-zagging’ – discovering  your own secret places. And aren’t they always the best ones?

The Coastal Way runs the entire length of the west coast around Cardigan Bay, between Aberdaron on the tip of Llŷn to the little cathedral city of St Davids. It’s a 180-mile (290km) road trip that threads between the sea on one side and mountains on the other. It’s a coastline dotted with harbour towns and resorts, tiny fishing villages, vast beaches, towering cliffs and hidden coves.

The Cambrian Way is a north-south journey along the mountainous spine of Wales, running for 185 miles (300km) from coast to coast. It winds through two National Parks – Snowdonia and the Brecon Beacons – and big green spaces. At the north end you’ll find the Victorian splendour of Llandudno. At the south is cosmopolitan Cardiff, our capital city.

The North Wales Way runs along the northern coast to the island of Anglesey. The 75-mile (120km) route takes in some of the mightiest castles in Wales and two UNESCO World Heritage Sites. It’s also the northern gateway to our adventure sports HQ, Snowdonia, and Anglesey, an island laden with ancient history.

The three Ways intersect easily with each other, so you can travel one for shorter breaks, or link them together for longer adventures. They’re easy to follow –you’ll find route maps online at visitwales.com, and a guide to unmissable attractions and uniquely Welsh experiences along the way: natural wonders, landmarks, towns, galleries and museums.

This is The Wales Way.

Majestic mountains, glistening lakes, cascading waterfalls, and soft light over the fells, tarns and woods. Another Place, The Lake, is perfectly situated on the shores […]