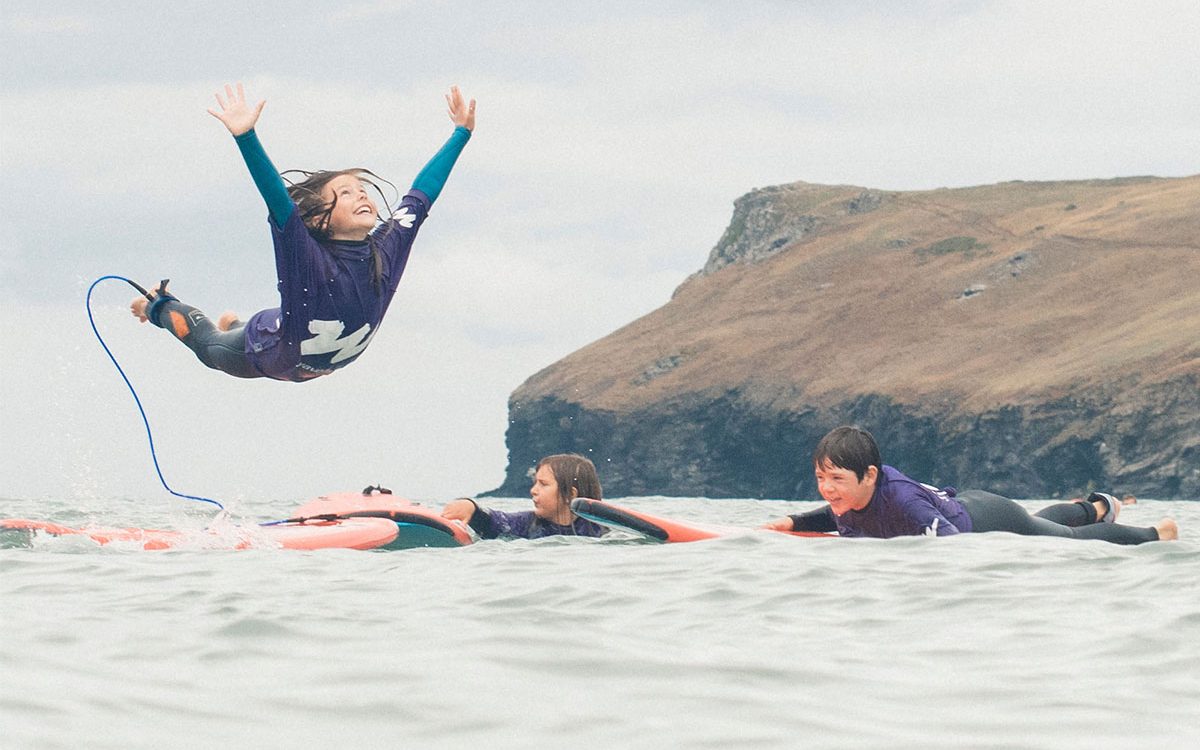 Need inspiration for a short break? We bring you the most interesting experiences to book now, for exploration that is more memorable this summer.

Perfectly positioned on a two-mile beach in northern Cornwall and a firm favourite with families, the Watergate Bay Hotel is well-known for its surf school. This summer, however, there is even more to tempt water-sports enthusiasts. A recent expansion means that hotel guests can add everything from paddleboarding to beach yoga and outdoor fitness sessions to their active break. These are run by local Wavehunters instructors who take pride in knowing the sea here really well. They recommend the big, sandy break as being gentle, so great for beginner surfers. Both private and group lessons are available. Time away from the beach can be spent watching the rollers from one of the varied hotel restaurants or from the glass-fronted indoor pool. Alternatively, have a soak in a clifftop hot tub or enjoy a hot rocks massage or pedicure.

Two nights from £250 per person

A sparkling time in Buckinghamshire

English wine has enjoyed a vintage few years, with certain winemakers growing in stature and producing bottles to really treasure. For an insight into the creation of award-winning English wine, head to Horwood House in the Buckinghamshire countryside. The hotel is a 20-minute drive from the familyrun 23-acre Chafor wine estate, where guests who book a Grape Escapes experience are welcomed with a glass of Chafor’s top-rated Vintage Cuvée Sparkling Wine.

They are then taken on a tour of the vineyard and winery, wandering among the rows of gnarled vines while listening to head winemaker Tim Chafor talk about the estate’s history, his grapes and the winery’s signature style.

A tasting and cheeseboard follows, after which guests can retreat to the hotel to try its new spa, with a swimming pool, a sauna and steam rooms. Dinner at the hotel restaurant is also included.

One night from £325 per person

Electric cycling through the countryside

A gentle way of exploring the rambling Sussex countryside, from hills to coast, is offered by Ockenden Manor and Bailiffscourt hotels, who invite guests to take electric bicycles out on a new, well-planned route. The starting point at Ockenden Manor, a hotel with a spa and Michelin-star restaurant in the High Weald, has guests on the ‘Cycling for Softies’ tour will riding to Climping, which is the location of Bailiffscourt, a second spa hotel on the coast (40 miles). The route then continues onto the South Downs and The Spread Eagle, another historic hotel in the charming market town of Midhurst, for the final night (25 miles). The journey wheels along country lanes, river and coastal paths. Pedalling is a breeze on these bikes, with GPS routes included for ease and a luggage transfer service provided between each night’s accommodation.

‘Forest Bathing’ in the the Cotswolds

The summer months are a great time to explore the patchwork of fields and rolling hills that make up the Cotswolds. The region’s impossibly pretty villages are a highlight, built from honeyed stone and hiding quaint teahouses and oak-beamed pubs up quiet, cobbled lanes. Guests at Whatley Manor on a ‘Cotswold Explorer’ break can enjoy a genteel, end-ofthe-week stay that includes afternoon tea. It also offers the chance to indulge in the British equivalent of forest bathing, by including two entrance tickets to Westonbirt, the National Arboretum. Here, visitors can stroll between 2,500 different species of tree, grown all over the world.

The hotel, set a short drive from the arboretum on the edge of the Cotswolds, also has a newly appointed Executive Chef who has been awarded a Michelin star for The Dining Room restaurant, which guests can book separately for another night if they wish.

Two nights from £456 per person

A Summer festival with stylish wheels

As camper vans combine freedom with little luxuries, they make a savvy choice for a music festival. In fact, some say the campervan field is where the real fun happens when the stage lights dim. Highlights for the forthcoming festival season include Bigfoot, in Buckinghamshire, where the artisan drinks and food are as important as the music, or Wilderness in Oxfordshire, where revellers relax in a lakeside spa in between acts. Alternatively, a weekend at Latitude – known for its strong spoken word programme – can be combined with a few days exploring sand dunes along the Suffolk coast. The smart vans from new, Dorset-based company OTBT, for example, are stylishly put together, containing tiled kitchens with leather cupboard handles and oiled wood surfaces, as well as a cleverly hidden away boot area, solar panels and a hammock swing.

The wonders of Loch Ness

Those whose knowledge of Loch Ness is limited to the legend of a waterborne monster might be surprised to learn that this Scottish beauty has many more secrets. From castles and battlefields to standing stones and tumbling waterfalls, the best way to explore this enigmatic body of water is by going on a day tour of the lake with an expert. It is not all walking either, with picturesque drives included, as well as a boat cruise across the deep, mysterious water. Ness Walk is a five-star hotel located in Inverness, not far from the loch. Its ‘Wonders of Loch Ness’ break includes a picnic lunch and visits to Culloden Battlefield, Clava Cairns, Urquhart Castle and Divach Falls, which is where J M Barrie wrote Peter Pan. Round off the day in fine style with a dram or two of local whisky back at the hotel, which sits on the banks of the River Ness and was once a 19th-century house.

Three nights from £735 per person

From whisky to lobster, it’s possible to sample some of the best of Scotland’s culinary treasures on a luxury tour that uses a private chauffeur. Guests of both the Edinburgh hotel Prestonfield and The Witchery by the Castle – an oak-panelled restaurant with suites – can be driven to destinations within two hours of the city as part of a new Taste of Scotland trail. Locations visited include Dunbar Harbour, to see the seafood catch arrive and learn about sustainable fishing from Belhaven Lobster; East Lothian for a distillery tasting and a foraged-food-pairing workshop with Buck & Birch; Old Leckie farm for a quad-bike or tractor tour and Scotland’s oldest working distillery, The Glenturret. Here guests can expect a tour and lunch at Michelin-starred The Glenturret Lalique Restaurant. Dinner back at the accommodation will feature plenty of the day’s produce.

A Jubilee viewing of the crown jewels

What could be better during Her Majesty The Queen’s Platinum Jubilee celebrations than a private tour to marvel at the Crown Jewels, travelling in a chauffeur-driven Daimler car that once belonged to the Queen Mother? This very exclusive luxury break has been masterminded by London’s Hotel Café Royal to provide an unforgettable experience for guests who check into the two-bedroom Royal Suite. On arrival at the Tower of London, a tour is conducted by a Beefeater, before a private viewing of the Crown Jewels and Royal Collection takes place.

Those who visit during the weekend of 4 or 5 June will not only get to enjoy being inside a Royal Palace during the jubilee celebrations but will also receive a Champagne reception on arrival and the chance to extend the visit by booking dinner afterwards in a private dining room at the Tower.

Be a gardener and chef at the Newt

The gardens at Hadspen House, first designed by Penelope Hobhouse, have been transformed by luxury hotel The Newt into one of the south’s must-visit estates. With an apple-tree maze, a ‘beezantium’, deer quietly milling about in the woods and an interactive gardening museum, not only is there much to see on the average day here but the hotel is offering gastronomes an extra treat this summer.

Taking a tour of the edible garden area, guests can, with the help of the estate’s head chef and a head gardener, pick their own lunch. They can then take their produce-laden trugs up to a spot above the wildflower meadow, where a fire will be lit. Under chef’s guidance, guests can create dishes and then help cook their finds, for a slap-up picnic lunch that is as inventive as it is fresh.

Two nights from £720 per person

The television drama Bridgerton has gripped the nation recently, stirring up interest in the lives of high society during the Regency period. There is nowhere better to imagine the whirlwind of balls and park strolls loved by characters from Bridgerton than in Bath, with its dashing Georgian buildings that were used as a backdrop during filming. To spot key sites from the show, and to learn about this Unesco-heritage city at the same time, the Royal Crescent Hotel & Spa is offering guests a private Bridgerton-themed walking tour, plus a Champagne afternoon tea as part of a package called ‘Promenade like a Bridgerton’. The hotel is located at the heart of the sweeping Royal Crescent, the city’s best known architectural masterpiece.

Two nights from £260 per person