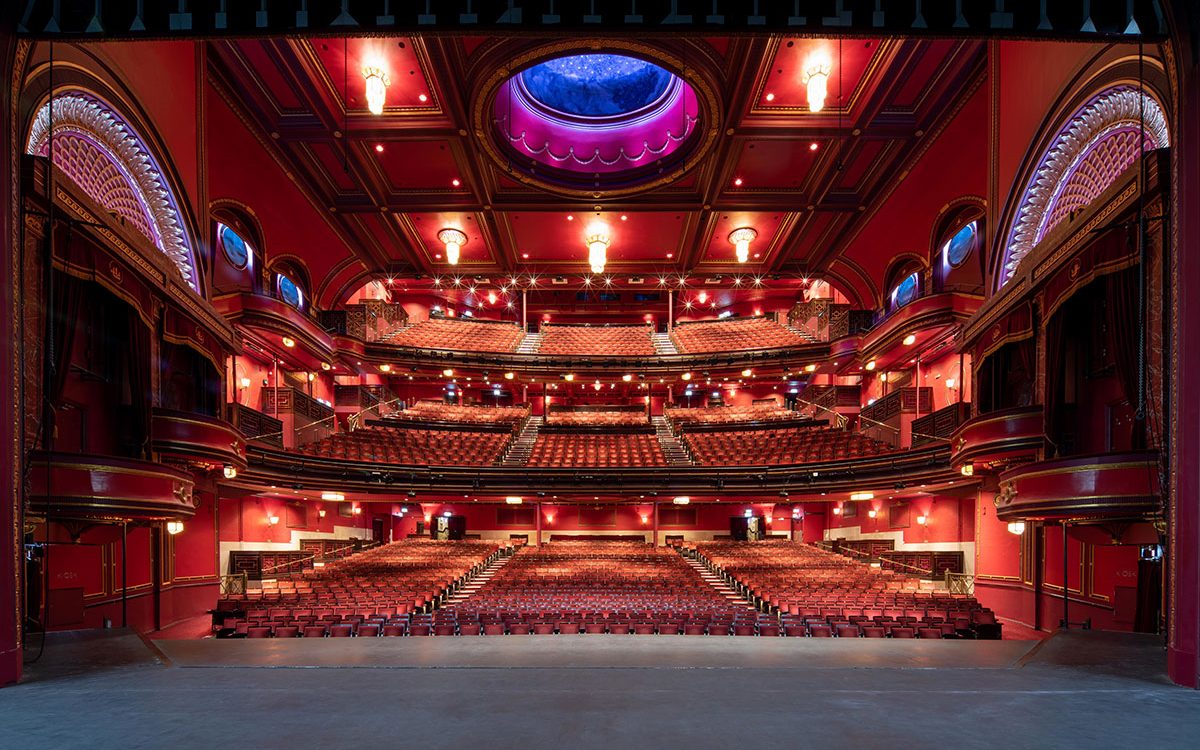 Britain’s cultural offering has plenty to capture the imagination. Whether you want to see what all the fuss is about at the world’s longest-running show, or take in something brand new, here’s a selection of theatrical performances set to take centre stage in 2023.

Having originally premiered in the West End in 1989, Miss Saigon arrives for a limited summer run at Sheffield’s Crucible Theatre. Set in the latter days of the Vietnam War, it’s a multi-award-winning musical from French lyricist Alain Boublil and musical theatre composer Claude-Michel Schönberg – the pair who also brought Les Misérables to the theatre scene.

Winner of the 2022 Tony Award for Best Play, The Lehman Trilogy makes a return to London following stints in Los Angeles and New York. The play by Stefano Massini tells the story of three Bavarian brothers dreaming of an American life and financial success. Directed by Academy Award, Golden Globe and Tony Award winner Sam Mendes, the cast of three take on this tale of adventure, family and disaster at London’s Gillian Lynne Theatre.

It’s a musical classic – big city gamblers, glamorous show girls and complex love stories. Visitors can discover the immersive experience that’s like no other at London’s Bridge Theatre, in the shadow of Tower Bridge, and be transported to the Depression-era streets of Manhattan. With songs Luck Be a Lady, Sit Down, and You’re Rockin’ the Boat, experience the party and extravagance of 1930s New York City.

Rodgers and Hammerstein’s Tony Award-winning revival, Oklahoma! prances its way into the West End for 2023. Based on the 1931 play by Lynn Riggs, the musical production comes to London’s Wyndham’s Theatre re-imagined and re-orchestrated, ready to transport visitors to the early 1900s.

Based on real people aboard the most legendary ship in the world, Titanic The Musical is a stunning and stirring production focusing on the hopes, dreams and aspirations of her passengers who each boarded with stories and personal ambitions of their own. All innocently unaware of the fate awaiting them, the Third Class immigrants dream of a better life in America, the Second Class imagine they too can join the lifestyles of the rich and famous, whilst the millionaire Barons of the First Class anticipate legacies lasting forever.

Be transported to 1930s Berlin at London’s The Kit Kat Club at the Playhouse Theatre for an electrifying tale of survival, love and war during political instability in Germany. This record-breaking seven-Olivier Award performance sees Callum Scott Howells and Madeline Brewer take on the roles of Emcee and Sally Bowles.

When? Running until December 2023

For a limited time at the West End’s Garrick Theatre comes the tale of two-small town kids and their thrilling adventure of love and fearlessness. After its spell in the West End, Bonnie and Clyde will complete a UK tour.