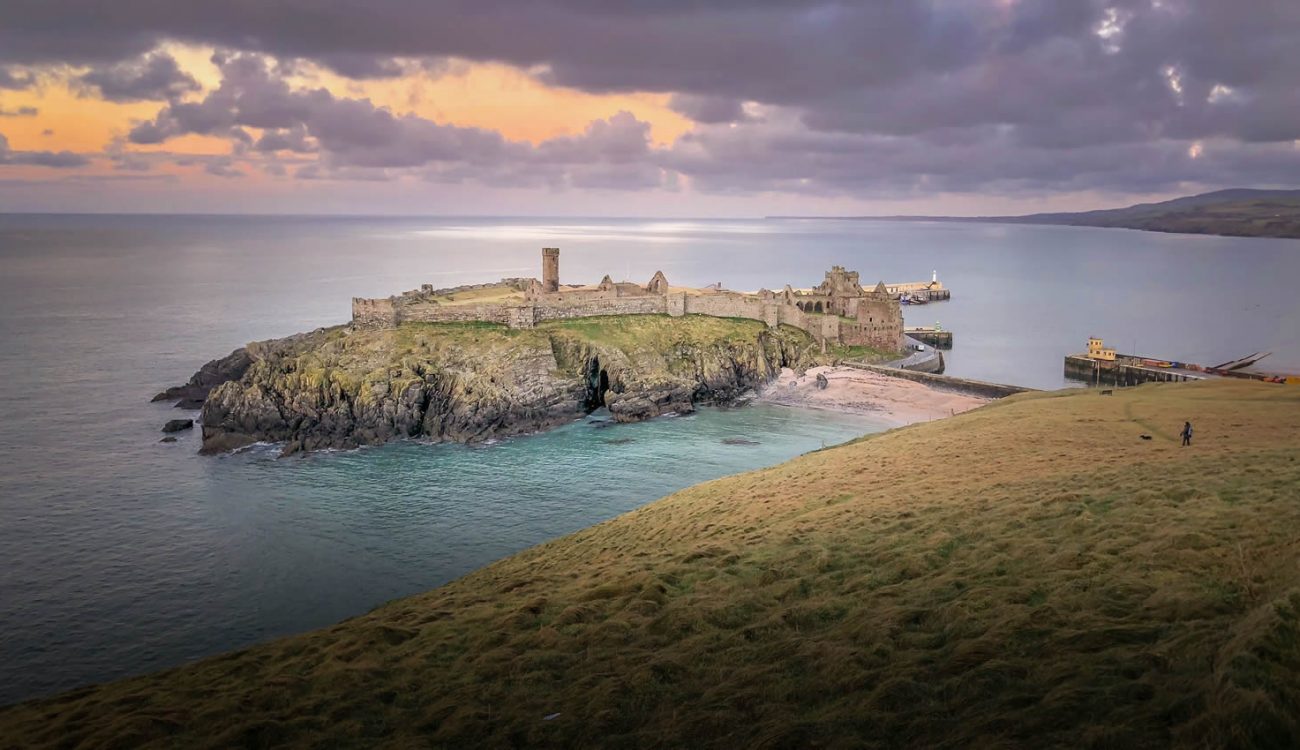 Isle of Man be inspired

Exploring the more remote destinations around the British Isles, we were excited to find adventure in the fiercely independent ‘crown dependency’ of Isle of Man, a 300 sq mi island strategically poised in the Irish Sea, midway between England, Scotland and Northern Ireland. Unfairly dismissed by many as simply a tax haven for the wealthy where, every year tens of thousands of motorcycle enthusiasts flock to see their idols risk life and limb on the tortuous 31 miles of the Tourist Trophy road-racing circuit, there are many more attractions for the discerning traveller to discover. For example, it seems that the relatively compact island enjoys different landscapes at every turn, sometimes remote and rugged, sometimes gently pastoral and, at others, almost suburban in its terraces and villas. Although there are direct air links from airports across UK and Ireland (a tip: if you call that ‘the mainland’, offence will be taken!), for the many who wish to tour around at their own pace, travelling by sea, on the IOM Steam Packet car-ferry service (steam-packet.com) from Heysham, Lancashire, is the preferred, slower option.

The sea terminal is in the heart of the capital, Douglas, the commercial centre of the island and home to nearly a third of its 85,000 residents. Taking advantage of its system of self-government, the Tynwald, preserved for over 1000 years, the Isle of Man has a particularly attractive tax-regime and the economy is financially self-sufficient. In tourism terms, the mass-market of the past has moved on, to the Costas, possibly, leaving the many IOM delights, including the sandy beaches and many rock-pools, to be enjoyed and appreciated, at leisure. Along the, appropriately, horse-shoe shaped promenade of Douglas runs the first sign that this island is unique, the horse-drawn vehicles of Douglas Bay Horse Tramway, which have graced the promenade since 1876 and give the perfectly-paced opportunity to take in the Victorian elegance of the architecture and gems like the Edwardian pleasure-palace, the Frank Matcham-designed Gaiety Theatre and Opera House, and Villa Marina and Winter Gardens. This smile-inducing experience is only heightened at the terminus, where, just a few steps away, await the restored original carriages of Manx Electric Railway to convey the now-grinning passengers through the winding, scenic 17 miles along the coast to Ramsey, seaside home of the famous TT ‘hairpin’, beaches, piers and museums. One of the stops on this railway is at Laxey, once site of important lead and copper mines, the lasting legacy of which is ‘Lady Isabella’, the Great Laxey Wheel which drove the pumps to drain the workings. The other reason to stop at Laxey is to join yet another feat of Victorian engineering ingenuity, the Snaefell Mountain Railway which ratchets its happy passengers all the extremely picturesque five miles to the 2036 ft (621 m) summit. On a clear day, from the peak can be seen the fabled seven ‘kingdoms’, England, Scotland, Wales, Ireland, Mann, Seas and Heaven! Completing the heritage railway ‘full house’ is the narrow-gauge Steam Railway whose vintage carriages run for 15.3 mi through the charming southern lowlands from Douglas to Port Erin, passing the island’s former ‘capital’, Castletown, home to the stunningly-original medieval Castle Rushen, the old “House of Keys’ parliament building and the ‘Castle Arms’, a waterside inn better known as the ‘Glue Pot’. →

The island’s turbulent history dates back over 1000 years to the Viking creation of the Kingdom of Mann, the building of Peel Castle (Lead photo – by Stephen Corran) and, following various invasions and attempts to occupy the land, alliance with the crown of England in 1399, but always retaining its historic rights of self-determination. Museums and historical sites abound but among the best are the interactive ‘House of Manannan’ in Peel, the Nautical Museum in Castletown and Cregneash Village near Port Erin. Given its remote location, the island is, unsurprisingly, a UNESCO Biosphere Reserve and wildlife haven, above and beneath the waves, with regular visits from whales, dolphins, porpoises and seals as well as chough, fulmar, redshank and a breeding colony of Manx shearwater. Take time to explore and enjoy this wonderful island, on two wheels, if you must, but slowly!

Book with Great Rail Journeys (greatrail.com  01904 734812) and sampled their ‘Vintage Railways of the Isle of Man’ escorted group tour. From £675 pp, the 6-day trip includes 4* hotel accommodation, all rail and excursions and selected meals. A sister brand, GRJ Independent (greatrail.com/grj-independent  01904 527181), can arrange bespoke tours, on request.

The Isle of Man’s highest-rated hotel, with 4* Gold status, is the Claremont, perfectly situated on the Douglas promenade, close to the town centre shops and bars. It offers first-class standards of service and catering without compromising the heritage of its unashamedly traditional, Victorian exterior. Following a recent, multi-million pound refurbishment programme, its 56 en-suite rooms are, of course, immaculate, high-ceilinged and spacious and those overlooking the sea-front give unforgettable views across the sea to the rising sun. The buzzing bar/brasserie restaurant, ‘Coast’, shares that same view and the outstanding executive chef, Richard Birch, is inspired to provide a series of deliciously imaginative dishes, with the accent on good, local produce (anything with fish will be sensational).

Now that we are able to wander around Britain’s towns again, visiting historic sites and stopping somewhere picturesque for a relaxing lunch, the walled city […]

From metropolitan marinas and busy ports to the open seas and peaceful archipelagos, sailing is the definition of both freedom and excitement. There’s no denying […]