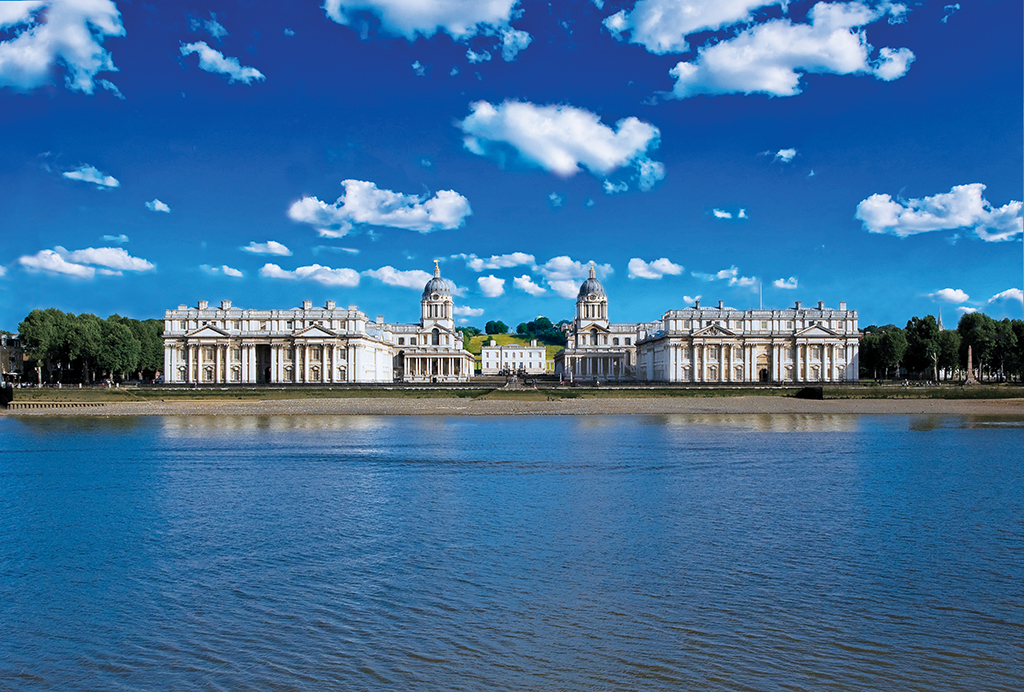 Visit this UNESCO World Heritage Site for beautiful  buildings, a wealth of history and stunning views of London.

Nestling in a south eastern curve of the Thames, Greenwich is an oasis in the city. Whether you’re taking a stroll in the 180 acre park and enjoying panoramic views over the capital, or admiring the broad expanse of water from a riverside pub or restaurant, in Greenwich you don’t feel hemmed in.

It’s also an area where you can really connect with London’s seafaring history – since Saxon times Greenwich has been a place where people moored their boats, and it’s now home to the National Maritime Museum, the Old Royal Naval College and the Cutty Sark – not to mention quirky shops like Nauticalia, and Maritime Books, which add to the nautical feel.

Where Greenwich town centre is steeped in history, North Greenwich adds a contemporary dimension to the area. The peninsular is dominated by the Millennium Dome, now The O2 arena, which hosts entertainment and sports events, as well as housing, shops and restaurants. The new Tide elevated linear park, with five meditation points, provides a tranquil space from which to enjoy the river views, and art installations, and the NOW Gallery hosts immersive exhibitions from contemporary artists.

The Maritime Greenwich World Heritage Site comprises the historic town centre, Royal Park and related institutional buildings. Maritime Greenwich has joined a unique club of the most important and natural places on earth – special places which people are encouraged to visit and explore now and for generations to come.

The ensemble of buildings at Greenwich and their landscape setting, including the Royal Park, are a potent architectural symbol of English artistic, scientific and other institutional endeavour, notably from the 17th to late 19th centuries.

Step back in nautical time aboard the Cutty Sark. A slice of life on one of the fastest ships of the nineteenth century, it’s packed with artifacts, as well as hands-on activities for kids. To continue your seafaring adventure, the National Maritime Museum houses a collection of more than two million items relating to the history of Britain at sea – with four new galleries having recently opened and free entry, it’s one not to miss.

Built in the seventeenth century, the Royal Observatory played a pivotal role in the global advancement of astronomy and navigation, and is the site of the Prime Meridian, longitude 0° -the line which officially divides the eastern and western hemispheres of the world. Aside from the amazing telescopes and clocks, visit for the unique opportunity to be photographed with one foot in each hemisphere.

The Cutty Sark, Maritime Museum and Observatory are all part of Royal Museums Greenwich: rmg.co.uk

The Old Royal Naval College is a magnificent architectural masterpiece designed by Christopher Wren. Inside, the recently refurbished Painted Hall, is decorated with eighteenth century baroque paintings by James Thornhill, and has been compared to the Sistine Chapel. ornc.org

For something a bit more energetic why not climb the O2? Yes, you can actually trek up the outside of the iconic dome. On a clear day you can see for 15 miles from the top, and for the romantics, Up at the O2 also organises climbs to coincide with dusk and sunset. theo2.co.uk/up-at-the-o2

If climbing The O2 isn’t enough of a thrill, how about having dinner at a table suspended 100 feet in the air? London in the Sky will hoist you and your fellow diners up for a three course meal complete with unique views of the capital’s skyline (May-July). londoninthesky.co.uk

For a proper London lunch, it’s hard to beat Goddards. On the edge of Greenwich Market, it’s a traditional pie and mash shop with a selection of pies (including veggie and vegan options) and plenty of seating. goddardsatgreenwich.co.uk

The Trafalgar Tavern has amazing views of the river, and is a great spot for a sundowner on a spring evening. trafalgartavern.co.uk

Founded in 1999, Meantime Brewery was ahead of the curve on craft beer. You can visit the brewery and shop on Lawrence Trading Estate, and also have a pint in the Meantime pub, the Greenwich Union, on Royal Hill. meantimebrewing.com

Finally, for the best in fine dining, head to Craft London, next to The O2 arena. Modern British food by acclaimed chef Stevie Parle, in an interior designed by Tom Dixon, is sure to make it a night to remember. craft-london.co.uk

Greenwich’s historic covered/undercover market is crammed with crafts and antiques, and surrounded by cute boutiques. It’s a great place to pick up an original gift or souvenir.

If it’s upmarket groceries you need, take your shopping basket to Royal Hill. With a cheese shop, traditional greengrocer, a flower shop and a butcher your weekly shop can be complete without darkening the door of a supermarket.

Lush Designs on College Approach sells a range of home wares with distinctive, bright prints. Many items made by the designers in their studio in nearby Deptford.

For more mainstream shopping at discount prices, the ICON Outlet at The O2 includes over 60 stores, including Hackett, Hobbs, Radley and Moss Bros.

Why not enter into the nautical vibe of this part of town by staying on an actual boat, without sacrificing anything in the way of comfort or facilities? The Sunborn London Yacht Hotel is moored in Royal Victoria Dock, just across the river from North Greenwich, and perfect for catching the cable car. The luxury yacht has a bar and restaurant and a spa, as well as 132 guest rooms and 4 suites. sunbornhotels.com/london

If you want to be in the heart of Greenwich, surrounded by historic buildings, the De Vere Devonport House is your place. The red brick Georgian building is next door to the National Maritime Museum, and a short stroll from the market, the Royal Observatory and the Cutty Sark. devere.co.uk/devonport-house

On Greenwich Peninsula, The Pilot Inn is a 200 year old pub, and also a boutique hotel. The ten hotel bedrooms are quirkily decorated, and the hotel is ideally located for visits to the O2. pilotgreenwich.co.uk

The most fun way to arrive is by cable car from Royal Victoria – enjoy spectacular views as you swing into the North Greenwich peninsular. There’s no need to book ahead, you can simply swipe in with your contactless card.

Another option is the river bus. Thames Clippers serve both North Greenwich and Maritime Greenwich from moorings up and down the river – and again, the boats are part of the TfL network, so you can swipe on and off.

The Docklands Light Railway stops at Cutty Sark and Greenwich, and North Greenwich has a tube station on the Jubilee Line. Coming from further afield try Trainline – Europe’s leading train and coach app.

You can even walk to Greenwich under the river, with a foot tunnel connecting the Cutty Sark area with the north bank of the Thames.

Tag: In the capital, London