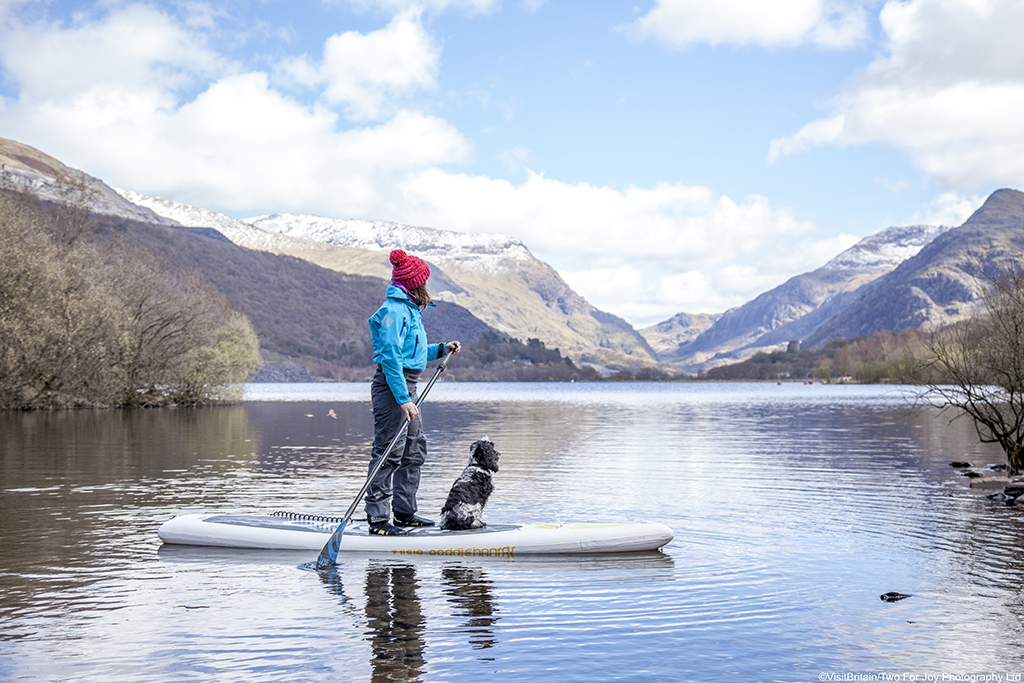 To the west of England lies a Celtic principality that has been attracting English tourists for centuries.

There is an old saying that if the steep hills and deep valleys of Wild Wales were smoothed out, England’s western neighbour would actually be the bigger country. Wales used to be considered a dangerous place full of mountains and precipices, deluged with rain and populated by superstitious druids who spoke a strange language. Then in the eighteenth century, the English found it was no longer safe to travel to revolutionary Europe in search of inspiring landscapes.

So Wales became popular with poets and artists, clutching their notebooks and phrasebooks. Once the railways arrived in the nineteenth century, Wales became a place for affordable holidays, with the Welsh coastline turning into a string of pretty Victorian seaside resorts.

Today Wales remains another country to be discovered just across the English border and the perfect place for a UK staycation. Here are ten of its top attractions.

Although there are hills everywhere you look in Wales there aren’t that many mountains. Snowdon, the tallest at 3,560 feet is the most popular because it has a mountain railway that will take you to the top if you’re not up to the 5 to 7-hour ascent. There are more dramatic ranges – the Brecon Beacons (which are just under 3,000 feet) form a four-mountain horseshoe that resemble the Drakensbergs in South Africa. But Snowdon dominates in terms of visitor numbers.  Moreover the view from the top – Ireland on a clear day – is unmissable. The team that conquered Mount Everest in 1953 trained on Snowdon and stayed at the Pen Y Gwryd Hotel nearby. Today the hotel has a room filled with Edmund Hilary and Tenzing Norgay memorabilia.

Both Chirk Castle and Plas Newydd in North Wales have splendidly cultivated gardens but the stately formal gardens of Powis Castle near Welshpool are unique in Wales. Using terraces and perfectly clipped hedges, Powis Castle presents a hanging garden in classic French baroque style. There was originally a Dutch water garden too, but that was converted into the Great Lawn in the early nineteenth century. Although Powis Castle itself is full of treasures – some bequeathed to Lord Powis by Clive of India whose son married into the Powis family – it is these rare gardens and the surrounding deer park that make the castle essential viewing. The Bothy, an Edwardian cottage within the grounds is now a National Trust holiday cottage meaning you can have the gardens to yourself after all the visitors go home.

Welsh National Opera, based in Cardiff operates out of the Wales Millennium Centre, a dramatic modern building that dominates Cardiff Bay. WNO was started 75 years ago and has since developed a splendid choir and an expertise in the Italian and Russian repertoire. The company almost always open their new productions in the Millennium Centre and then tour them round Wales and into various venues in England. WNO has also toured to La Scala, to Paris and Tokyo. At the Metropolitan Opera in New York City, the New York Times called it “one of the finest operatic ensembles in Europe”. The company has had a long relationship with Bryn Terfel who refused all offers to sing Hans Sachs in Die Meistersinger until he had debuted the role with WNO in their new Cardiff home in 2010.

Wales has lots of rivers and plenty of rain to feed them, so it’s not surprising there are many impressive waterfalls. Pistyll Rhaeadr in the Berwen Mountains is 240 feet high, making it Britain’s highest single-drop waterfall.

In Snowdonia there are a number of dramatic plunges in the rush down towards the sea and one of the most popular is Swallow Falls. Here the River Llugwy drops 138 feet in white torrents cascading over limestone rocks. So popular was the waterfall in the nineteenth century that a Swallow Falls Hotel was built alongside it to cater for visitors. Nearby on the River Llugwy stands Waterloo Bridge at Betws y Coed. Its plaque announces that it was built by the great engineer Thomas Telford to celebrate Wellington’s victory over Napoleon.

Wales has many, many castles. Most of them were built by English kings to stop the Welsh declaring independence, which they tended to do whenever the Plantagenets were looking the other way. Nowadays these strongholds are impressive tourist attractions. Caernarvon is where Prince Charles was installed as Prince of Wales and Beaumaris Castle is a perfect example of turreted medieval defences, but Cardiff Castle is the one to visit. Begun by the Romans, remodelled by the Normans and Tudors, Cardiff Castle was transformed into a palace in the nineteenth century for the 3rd Marquis of Bute. Bute commissioned the eccentric architect William Burges to spare no expense in reconstructing the castle so the marquis could live in a medieval world divorced from grubby Victorian reality. The exterior is impressive, like a Welsh Neuschwanstein, and the interior exquisite.

Wales can offer some dramatic seascapes, like Harlech perched on a rock above a huge wilderness of sand dunes, or Rhossili with its great stretches of surfing beach but for a touch of Victorian seaside resort it’s hard to beat Barmouth. Developed because of a quick train connection back to Birmingham, Wolverhampton and other parts of England’s Black Country, Barmouth retains its nineteenth-century slate boarding houses and colourful shopfronts facing a sandy beach. Look closer however and there are remnants of the port when it was a mediaeval centre of fishing and ship-building. T Gwyn is an old tower house on the quayside that is now a pub, and T Crwn a roundhouse prison with a cell on one side for men and another for women on the other. The poet William Wordsworth, a visitor to Barmouth in the 19th century, wrote glowingly “With a fine sea view in front [and] the mountains behind  Barmouth can always hold its own against any rival.”

Wales has its own National Eisteddfod, the largest festival of competitive music and poetry in Europe staged predominantly in the Welsh language, but the best-known festival in Wales these days is the Hay Festival of Literature & Arts. This takes place in Hay-on-Wye close to the Herefordshire border and was famously described by Bill Clinton as “The Woodstock of the Mind”. Hay regularly attracts the biggest names in writing worldwide: Arthur Miller, Mario Vargas Llosa, Salman Rushdie, Martin Amis, Hilary Mantel. The festival has taken on responsibility for the nearby Brecon Jazz Festival to provide a musical element. It’s also spawned a dozen sister festivals around the world from Beirut to Cartagena in Colombia.  The town of Hay, with its castle and over 30 second-hand book shops, is worth visiting even when the festival isn’t running.

There are some lovely, unspoilt towns in Wales. Montgomery in Powis looks unchanged since the eighteenth century, Monmouth named Agincourt Square after its most famous son, King Henry V, and Machynlleth contains the building where the rebel, Owain Glyndwr set up a Welsh Parliament in 1404. Nevertheless Conwy stands out. It’s a small, cozy settlement on a North Walian estuary. This garrison town was built by Edward I and today it has an almost complete set of thirteenth-century walls. You can walk the three quarter mile circuit of ramparts with its 21 towers or stroll along the quayside, visit the smallest house in Britain (just 10 feet tall) or call in to drink at one of the many old pubs like the Victorian Erskine Arms or the 1920s Albion Ale House.

Developed in the 1880s as a reservoir to fulfil Liverpool’s water needs, Lake Vyrnwy in Powys, is an RSPB Nature Reserve with an award-winning sculpture trail to boot. Mixing nature with heritage and history in the middle of the Mid-Wales countryside, the reserve has something to keep those of all ages entertained. Birdlife can be spotted around the waters all year round, although keen bird-watchers should look out for autumn arrivals including mallards, oystercatchers and teals, alongside otters and other rare wildlife. Dotted along the shores of the lake, the sculpture trail features wooden works by a diverse mix of local and international artists, including Simon O’Rourke’s The Giant Hand of Vyrnwy, a 15-metre-high carving made from what was once the tallest tree in Wales! Lake Vyrnwy is free to visit and does not need to be booked in advance.

Different locations and attractions across Britain have various measures in place to enable guests to explore with confidence. Visitors are encouraged to look at the official websites prior to travel for the latest information.

Author Martin Dorey headed north in search of solitude on a road trip to England’s least-populated county and a coastline that’s beautiful and often overlooked. […]