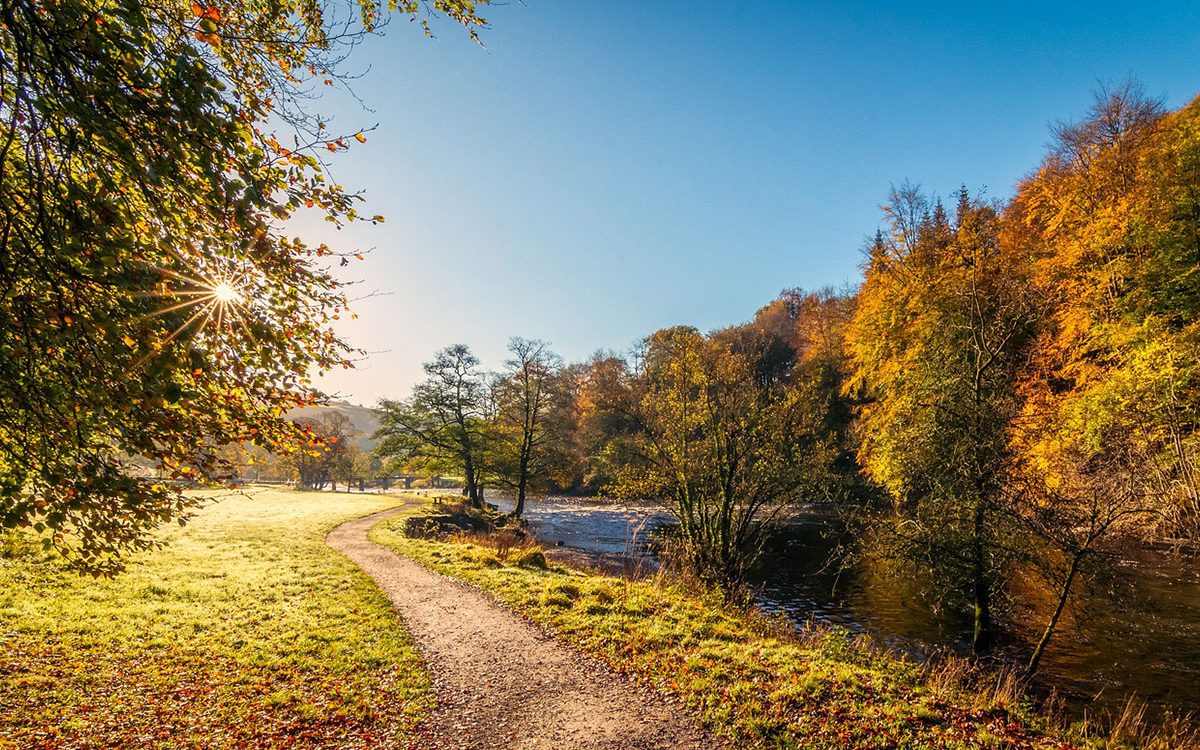 The natural world became an escape – even a lifeline – for so many of us over the course of the past two years. So, too, did our allotted daily walks; one precious hour to forget about everything else and relish streets, lanes and parks now echoing with birdsong rather than car horns. Walks and wildlife go hand in hand.

When I tell someone I’m from the North of England, I’m often met by one of two responses: a quizzical, almost pitying look, or a question about whether I spend time in the Peak District or the Lake District.

There is so much more to the North than mist, mizzle and the paths most trodden.

Just off the M6 motorway and a stone’s throw from the city of Preston in Lancashire, there is a hidden oasis.

Brockholes Nature Reserve is a lush retreat into wilderness, where snipe feed on the edges of sparkling lakes, hobbies snatch dragonflies from mid-air and stoats scamper sneakily through the shelter of flower-rich grassland.

Imagine my surprise when, after pausing on the footpath to take a sip from my water bottle, a whole family of rambunctious stoats dove out of the grass on one side and tumbled into the cover of the other.

Continue up the M6 and you’ll find yourself en-route to South Walney Nature Reserve in Cumbria. It might not have the craggy skyline of the Lakes proper, but it has a raw wildness of a different kind. A rambling, windswept, salty demeanour that echoes with the sounds of seabirds and wading birds.

As summer melts into autumn, grayling butterflies bask cryptically in the sunshine and eider ducks, along with their young, prepare to vacate the shore; heading out to sea before migratory curlew move in.

The Midlands is a region of contrasts. Pockets of atmospheric ancient woodland stand defiantly in landscapes moulded by mining; otters wind lithely through urban rivers and canals; and woods, valleys and fields roll towards a stunning coastline. Bridleways, footpaths, trails and tracks wind across the landscape, often connecting up neighbouring nature reserves. It’s the perfect excuse for a whole day – even a whole weekend – of exploring on foot.

Take Derbyshire’s Wye Valley Reserves. Here, three nature reserves – Miller’s Dale Quarry, Priestcliffe Lees and Chee Dale – stretch for almost four miles, connected by the Monsal Trail. I stepped out of the car with the intention of visiting just one of these wild places, but the Wye Valley soon drew me along with irresistible gifts. A dark green fritillary butterfly darted around old spoil heaps. Harebells, so delicate they could have been painted onto the grass in watercolour, nodded gently in the breeze. Then, before I retraced my steps to the car, my eye caught the jaunty bobbing of a dipper on a rock in the River Wye.

Whitacre Heath, too, forms a vital part of a connected natural landscape – this time, the Tame Valley Wetlands in Warwickshire.

Pools upon wet woodland upon wet grassland attracts not just the who’s who of the bird world, but frogs and toads, which in turn entice their archnemesis: the grass snake.

If heaven is a place on earth, that place must be the South West. It would be rude not to dip your toes into the brilliant blue waters of Lulworth Cove, or gently probe for weird and wonderful rockpool creatures in Padstow. But life doesn’t stop at the coast; it thrives inland, too.

Nestled in Gloucestershire’s leg of the Cotswolds Area of Outstanding Natural Beauty (AONB), you’ll find Greystones Farm, a nature reserve that can be visited time and again and yet still surprise you. My heart thrills whenever I visit a wildlife-friendly farm – Greystones being a particularly heartening example of nature and farming working hand in hand. In late summer, the meadows beam with the colours of great burnet, devil’s-bit scabious and meadowsweet.

The banks of the River Eye, left to flourish, give water voles a sheltered run to their favourite diving spots – listen for a ‘plop’ as they enter the water. If you really can’t tear yourself away from the coast, there is always Windmill Farm in Cornwall. I’d go so far as to say this nature reserve is the highlight of the Lizard Peninsula, with a mosaic of arable crops, heathland and boggy patches sustaining marsh fritillary butterflies, swallows and woodcock. There is even a 17th-century windmill – once the hideout of one of Cornwall’s most notorious gangs – to connect you to the local history.

The South East of England has a special kind of magic, and not always in the way you’d expect. The celebrated white cliffs and purple heathlands overshadow overlooked gems that shine just as brightly when handed the spotlight.

Tring Reservoirs (plural – four reservoirs in fact) form one of the best birdwatching spots in the South of England. Visiting them all to look for reed warblers, sedge warblers and teal will take around five hours, but if you’re pushed for time, head to Wilstone Reservoir. It hosts a fantastic heronry, and as the waters recede on the mudflats in autumn, you’ll find a hidden treasure: the rare plant, mudwort.

Even London safeguards green escapes from the hustle and bustle. Camley Street Natural Park is a hop, skip and a jump from St Pancras and King’s Cross, yet transports you to another place entirely. A place where bees and butterflies fight for the best seat at the nectar buffet, fungi hide in the cool wood, and floating reedbeds help to prevent canal pollution. Plus, there’s a café – we all know the best walks end with cake.

I’ve barely scraped the surface of Britain’s wildlife walks, but that in itself is a comfort. There will always be a new adventure or something to discover, even at a nature reserve you were sure you’d investigated from top to bottom. Keep exploring. Keep walking.

Walks on the Wild side

When was the last time you went for a walk? A proper walk. Not plodding along, head down, but casting your eyes over every surface, breathing in deep lung fulls of fresh air, and most importantly, pausing to just listen and enjoy becoming a part of the landscape to the wildlife around you. Here are some more wild spots not to be missed from around the UK:

Among the best birdwatching spots in the South West, a breathtaking retreat for people and a haven for red squirrels.

The Isles of Scilly

An enchanting archipelago, home to dizzyingly diverse plant, animal and birdlife, from seabirds and dwarf pansies on the cliffs to dolphins in the crystal-clear ocean.

One of the best places in the UK to see migrating birds, such as nightingales, cuckoos, sanderlings and waxwings.

The oldest Wildlife Trust nature reserve and one of the best birdwatching spots in the UK.

A spectacular stretch of unspoilt coastline, with sweeping views out to sea and a dazzling diversity of life.

The childhood playground of J. R. R. Tolkien, where fungi fill the woods in autumn and Bronze Age burnt mounds allude to a fascinating social history.

Lakes formed from mining subsidence form part of a wild mosaic of reedbed, fen, grassland and woodland. Look out for rare willow tits.

Loch of the Lowes, Perth and Kinross

Loch of the Lowes is famous for its breeding ospreys, and their eyrie sits just 150m from the nature reserve’s viewing hide.

Wildlife Walks: Get back to nature at more than 475 of the UK’s best wild places

Wildlife Walks is a companion to your discovery of nature across the UK. Charlotte Varela has created a definitive guide to Britain’s stunning natural heritage, including woods, heaths, moors and wetlands all owned and managed by the unique network of Wildlife Trusts. With details about everything you could need to plan a walk at each nature reserve, plus hundreds of beautiful photographs, you’re guaranteed to find your next happy place.

Charlotte Varela is the author of Wildlife Walks: Get back to nature at more than 475 of the UK’s best wild places, published by Bloomsbury Wildlife and out now (paperback: £16.99).

Enjoy exclusive access in the gardens where the Tudor queen grew up when you stay the night in the Tudor Village at Kent’s Hever Castle, […]